If you’re willing to go custom on your One A9, you will first need a head start with TWRP. Now that TeamWin is officially supporting the device, we will help you install TWRP and root HTC One A9. Post that, you can use it to flash ROMs, image (.img files), Backup and Restore, Mount and Wipe partitions, etc. 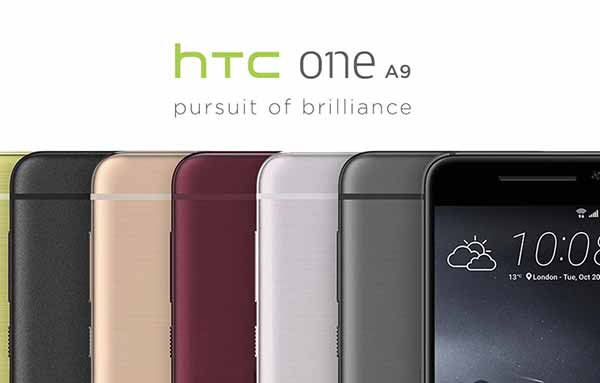 Huge thanks to the TeamWin, and Captain_Throwback for supporting HTC One A9.

HTC’s latest flagship killer – The One A9, is a high end-range Android smartphone, with power-packed hardware and latest Sense software. The phone was announced during September 2015, the same time when Android Marshmallow was released. It supports a Qualcomm Snapdragon 617 Octa-core chipset, with a 5.0-inches full-HD AMOLED display. The camera on the A9 is 13 MP, with Optical-Image-Stabilization technology, and dual-LED flash. The phone also has a fingerprint sensor, to work best with Android Pay, on Android Marshmallow. Overall, the device is worth the money and beats several high-end smartphones currently available in the market.

The 16 GB variant of the A9 supports 2 GB of RAM, while the 32 GB supports 3 GB. So, you will not only be spending your bucks for upgrading the storage, but also an extra 1 GB RAM. The phone is also believed to support Qualcomm Quick Charge™ 3.0 module in the future, as claimed by HTC.

Without further delay, let us get to the procedure.

The first step would be to install TWRP using fastboot, and using the later to flash Chainfire’s SuperSU, to achieve root.

Root HTC One A9

Next, you will root HTC One A9, by flashing SuperSU through TWRP recovery. In order to do that, you will first need to disable forced-encryption and decrypt your device.

That’s it! You have just successfully installed TWRP and rooted your One A9. Go ahead, and install custom ROMs/Kernels, or mods like Xposed Framework, it’s your call.

If you have issues during or post this process, let us know through the comments.