The Pixel devices are a whole new world for fun and play with the newly released AR Stickers app, now available on Play Store. But unfortunately, the app would only work on the current Pixel phones. Older Nexus devices are out of luck here, let alone the non-Google devices. If your Pixel pals have been teasing you with the cool AR stickers that they play with. Then here’s your chance to return the favor. In this tutorial, we will show you how to enable AR Stickers on Nexus 6P, OnePlus 3/3T, and Xiaomi Mi 5. 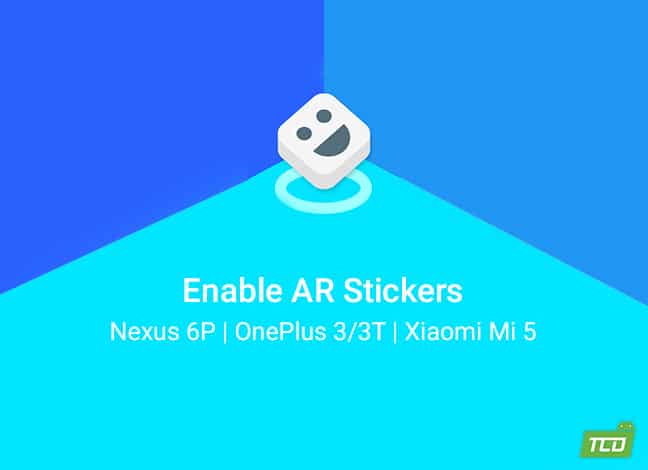 Google’s take on Augmented Reality came into existence with the ARCore, a few months ago. The company hinted that the Pixel devices will be the first to experience it in action via AR Stickers. Eventually, the statement came up to be true pretty recently when Google pushed official ARCore and AR Sticker apps to the Play Store.

No doubt they are cool to play with. If you have already tried manually installing the stated applications, you would have probably failed. But now, with the help of XDA-Developers, you can now enable AR Stickers on Nexus 6P and other non-Google devices including OnePlus 3, 3T, and Xiaomi Mi 5.

The minimum SDK version of the ARCore and AR Stickers app is 27. Which means, your said device shall be running Android 8.1 Oreo, officially or unofficially. Nexus 6P users can do this without root. However, non-Google device users would need root to edit the build.prop file.

According to XDA-Developers, the build.prop file in the system partition needs a bit of spoofing to make this work. But we have found that simply installing the modified ARCore, AR Stickers, and Google Camera app should work flawlessly without root. We highly appreciate XDA senior member Arnova8G2 for modifying the APKs.

Now to enable AR Stickers on Nexus 6P, follow the simple steps below.

Once all the apps – ARCore, AR Stickers, and Google Camera have been installed, go to the app drawer and launch the Camera application. Tap on the menu icon (3 horizontal lines) and select ‘AR Stickers’ mode. 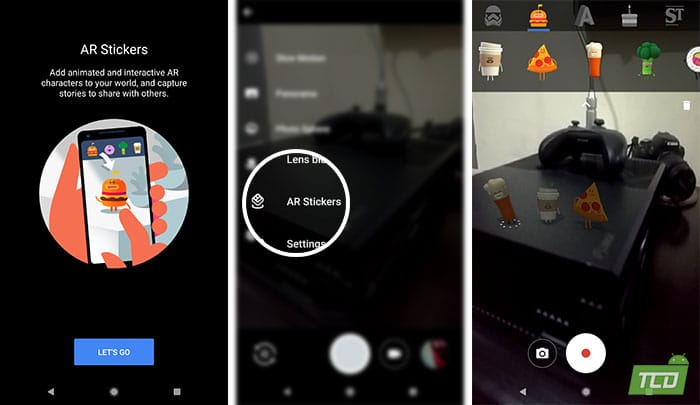 You should now be able to use AR Stickers on Nexus 6P without root. Just drag and drop the stickers into the viewfinder and have some fun.

Non-Google devices would require a bit of additional work in order to enable AR Stickers on OnePlus 3, 3T, and Mi 5.

There you go! You have just been able to enable AR Stickers on Nexus 6P, OnePlus 3 (3T), and Xiaomi Mi 5. If you would, you can also give this method a try on a different device. We are not sure to what extent it would work. So give it a whirl and let us know if it works for your device.