HMD Global doesn’t allow bootloader unlocking on its Android-based Nokia smartphones, apart from the Nokia 8 (2017) which is the only one that could be unlocked using the official method. Without an unlocked bootloader, a user cannot install a custom recovery such as TWRP or root the phone via Magisk. This obstructs the custom development scene and forces developers to ignore Nokia devices. Unofficial methods do exist that allow users to unlock the bootloader on Nokia phones, but these methods require you to pay a small fee for acquiring the device-specific unlock code.

Thankfully, the bootloader on Nokia 7.2 and Nokia 6.2 can be easily unlocked by simply issuing the unlocking commands from a PC. The news first surfaced via Techmesto.com, who claimed (with proof) that the bootloader on these devices can be unlocked. The method has already been confirmed working by a few users over at the XDA-Developers forums.

We aren’t sure if this is done by design, because both the phones are part of the Android One program or if it is due to a software error that went unnoticed by HMD. If the latter is the case, then a future software update could actually patch this method. However, once unlocked, the bootloader state will stay unchanged even if HMD decides to patch it in the future. So, if you’re into flashing custom ROMs, kernels, mods, or rooting your phone via Magisk, then now’s the best time to do it.

UPDATE: According to a recent report by Nokiamob.net, an HMD spokesperson has stated that it indeed went unnoticed by HMD. He also mentioned that a maintenance release will soon be rolled out to remove the “OEM unlocking” option from the phones, thus preventing bootloader unlocking. So hurry up and unlock your phone’s bootloader while you still can.

Unofficial TWRP for both the phones is already available, which can be used to flash custom ROMs, kernels, or Magisk for root. So, without any further ado, head over to the instructions below to unlock bootloader on Nokia 7.2 and Nokia 6.2. All you have to do is, enable the OEM unlocking toggle, 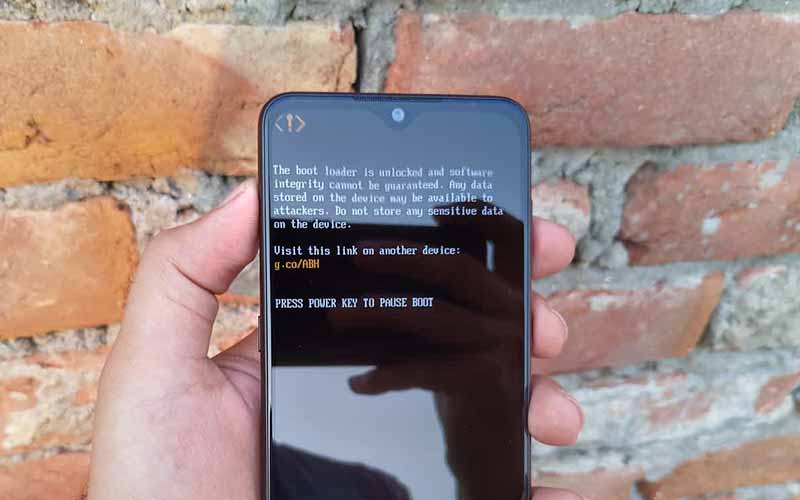 Ensure that all the requirements stated below are fully met before you follow the instructions below to unlock the bootloader on your Nokia 7.2 and Nokia 6.2.

How to Unlock Bootloader on Nokia 7.2/Nokia 6.2

Unlocking the bootloader on Nokia 7.2 or Nokia 6.2 is a three-step process, as follows.

First, you need to enable the “OEM Unlocking” option in the hidden “Developer options” menu. To enable it:

With OEM unlocking enabled, your phone is now ready to be bootloader unlocked. Just proceed to the next step.

Your phone will now reboot and erase all the data including the internal storage. After that, it should boot into the system (OS).

Wait! Do not setup your phone yet. You’d now need to unlock the crictial partitions. Without unlocking these, most modifications done on your phone later would land it in a bricked state, that is, prevent it from booting. To unlock the critical partitions of the bootloader on Nokia 7.2 and Nokia 6.2, head over to the third and final step below.

Note that all the data on your phone will be wiped again, that’s why we previously asked you not to set up your phone.

Once your phone reboots, you can go ahead and set it up. And like we mentioned earlier, the bootloader on your phone will stay unlocked even if HMD pushes out an update to patch this method. With an unlocked bootloader, you can now use TWRP to flash custom ROMs and kernels. You can also use it to flash Magisk to gain root on your Nokia phone.

That’s it! This was our guide on how to unlock bootloader on Nokia 7.2 and Nokia 6.2 easily using fastboot. If you have any questions regarding the procedure, please feel free to ask by commenting below.