Google has started rolling out native Dark Mode feature for its Gmail for Android app. However, the feature is currently being gradually enabled from server-side. Which means, manually updating the app to its latest version or trying other tricks like clearing the app’s data wouldn’t work. But if your Android device is rooted, you can easily enable force-enable Gmail Dark Theme on Android right now by following the instructions below.

Since more than a year now, almost all Google apps have been updated with a native Dark Theme feature. These include apps like Chrome, Google Phone, Android Messages, Calendar and more. The feature was implemented so that Google apps can natively adapt the system-wide Dark Mode in Android 10 Q. With Android 10 now available, it seems like Google has now started rolling out Dark Theme for the rest of the apps that were left out, beginning with the Gmail Android app.

Update (26 September 2019): Google has officially announced that it rolling out the Dark Theme for Gmail on Android. The rollout began on 24th of September. Simply head over to Step #3 in the instructions below to check if the feature is available on your phone yet and then enable it.

You can now force-enable Dark Theme on Gmail for Android

Like we mentioned earlier, the feature is being rolled out to the users gradually using a server-side switch.

However, Mishaal Rahman from XDA discovered that you can easily enable Gmail Dark Theme on Android if your device is rooted. This could be done by modifying a simple XML file and changing the value of a specific boolean flag to “true”. Doing so will allow you to force-enable the feature in the Gmail app’s settings menu and then you can turn it on easily.

Now without further ado, go ahead and follow the instructions to enable the said feature on your rooted device right now. 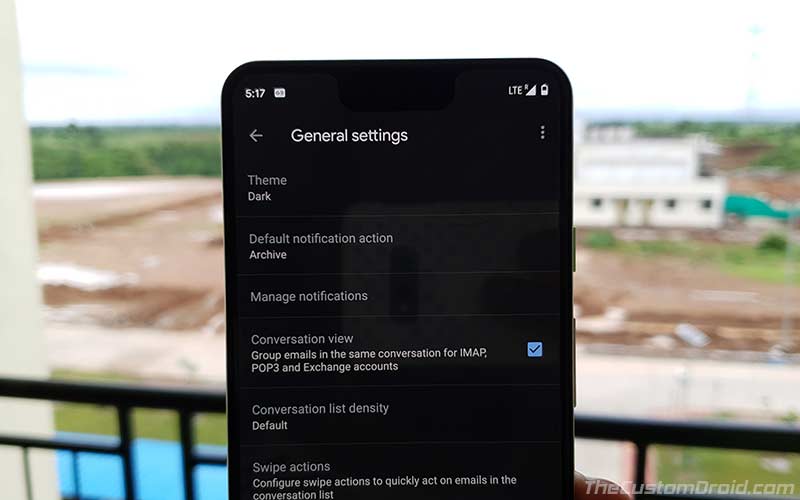 Now with the feature enabled, head over to the next step to finally turn ON Dark Theme in the Gmail for Android app.

The Gmail app’s UI should now turn to dark gray colors with Material Design 2.0 elements. By default, the ‘Theme’ should be set to ‘System default’. This means if you enable the system-wide Dark theme on your device running Android 10, the Dark theme in Gmail app will automatically be turned on.

Here’s what Dark Theme in Gmail app would look like when enabled. 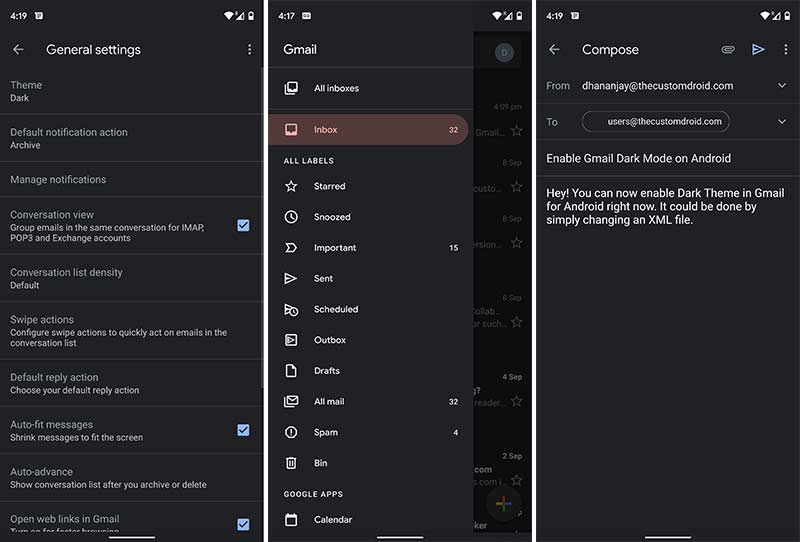 So, you have just succeeded to force-enable Gmail Dark Theme on Android. If you have any troubles following the method, do ask us by commenting below.