Along with several other manufacturers, Lenovo-owned Motorola has also stepped up into the Oreo update game. Right after the official announcement of Android Oreo, the manufacturer published the list of Moto devices that will get the Oreo update. According to which several variants of the Moto Z and Moto G series devices are planned to receive the update. The 2016-launched Moto Z Play has recently started receiving the update over-the-air. Since the update is incremental, it will take a bit more time to cover all the regions. If you have not yet received it, you can follow the steps below to manually install Moto Z Play Android 8.0 Oreo update by sideloading the official OTA using stock recovery. 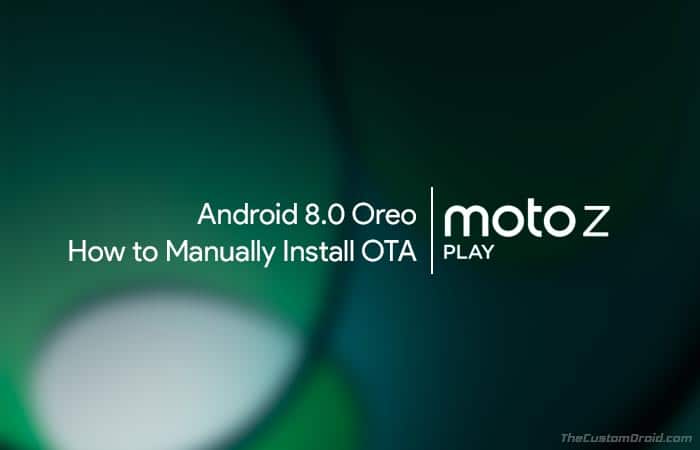 Motorola began Oreo beta testing for the device back in December. After about 4 soak tests, the OEM has finally announced official Android 8.0 Oreo for Moto Z Play (XT-1635). The update has already started reaching users in India and is expected to reach other regions in the coming time. According to the OTA notification, the new update weighs 1.12 GB and is labeled OPN27.76-12-22. It also brings the latest April 2018 security patch. 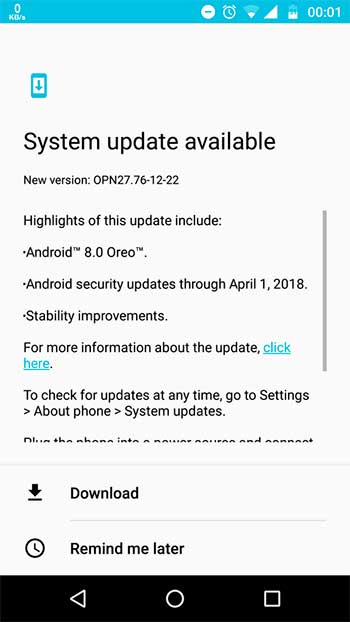 Since the update is based on Android 8.0 Oreo, it brings all the standard Oreo goodies, including Picture-in-Picture mode, Notification Channels, Autofill Framework, Adaptive Icons, and more.

Before you even follow the steps below to install Moto Z Play Android 8.0 Oreo update, make sure to check for the OTA notification first. You can do so by going to Settings > About phone > Software updates. The instructions below will only work on stock unrooted devices. An unlocked bootloader shall have no effect on sideloading the OTA.

Once you have fulfilled the requirements, go ahead and install Moto Z Play Android 8.0 Oreo Update.

The phone should now boot into the OS and updated to Android Oreo. So, go ahead and enjoy all the new features. Motorola is quickly picking up on the latest Android version and is releasing it to the aforementioned list of supported devices. The rest of the lot should soon receive the update as well.

So this was our guide on how to install Moto Z Play Android 8.0 Oreo OTA update.