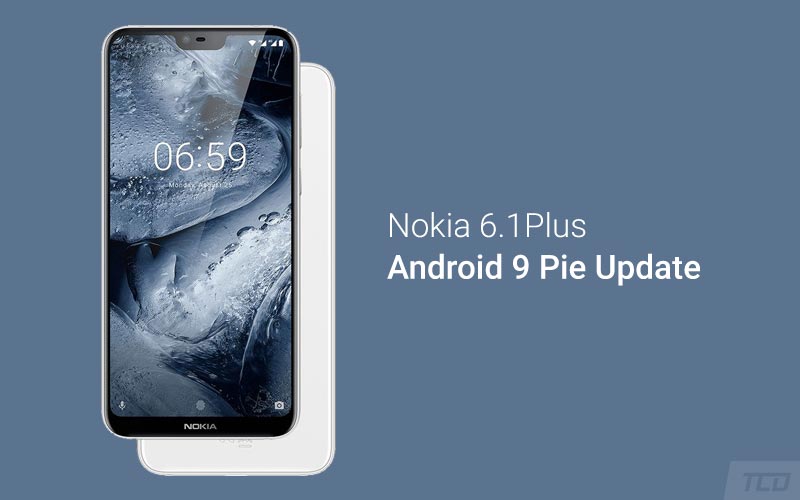 After the Nokia 7 Plus and Nokia 6.1, the Nokia 6.1 Plus is now getting stable Android Pie update. The new software version is V3.30B. As always, the OTA update is rolling over the air and is already available for the users in India. More markets/regions should follow up soon.

Nokia is one of the first few manufacturers to roll out Android Pie, with the Nokia 7 Plus being one of the few devices to receive official Android Pie beta directly from Google. With Android One in its arsenal, the OEM is powerful than ever is constantly working to push regular updates to its devices and even the major ones, like here today.

Earlier in October, the Nokia 6.1 Plus was introduced to Android Pie through Nokia Beta Labs. And after thorough testing and feedback, the Finnish-based Android manufacturer is finally pushing stable Android 9 Pie to the Nokia 6.1 Plus.

The news came directly from Nokia’s Chief Product Officer Juho Sarvikas, as he took to Twitter to announce the update.

Another day. Another update. Happy to announce that the Nokia 6.1 Plus now runs on Android 9 Pie #Nokiamobile #AndroidOne ? pic.twitter.com/Spls0myFbA

The Nokia 6.1 Plus is a mid-range Android phone powered by Qualcomm Snapdragon 636, 4/6 GB RAM, a 12 MP + 5 MP primary shooter, and more. The major highlight of the handset is that it is equipped with stock Android experience through Android One. Courtesy of the same, the 6.1 Plus didn’t take much time to finally receive the Android Pie update.

New Features and Changes in Nokia 6.1 Plus Android Pie Update

Since this is a major Android version bump, users can expect a lot from the new OS. For starters, the major features include Adaptive Battery, Google Lens integration, new Navigation Gestures, revamped QS, and Settings menu, and a lot more. Users who already installed the update have confirmed that the ability to show toggle battery percentage in the status bar is back again. Additionally, the update also brings October 2018 security patches.

The Nokia Camera app has been updated too with version 91.9.1140.20. The app introduces two new features as listed below:

According to Juho Sarvikas, the image quality tuning team in Nokia has worked hard to improve the quality of low-light images and they should now be brighter than before.

Update your Nokia 6.1 Plus to Android 9 Pie Now!

Like any other software update, this one too is rolling to the users over-the-air (OTA). The update comes with software version V3.30B. We have confirmations from many Indian users of receiving the Android Pie update on their Nokia 6.1 Plus running both the latest Android 8.1 Oreo firmware and Android Pie beta.

If you still haven’t received the OTA notification, you may also check for the update manually. To do so, go to the device Settings > System > System update. The OTA weighs about 1.3 GB (1349.5 MB to be precise). So we suggest that you download it using WiFi to avoid the hefty carrier data charges.

So, go ahead and check if you have got the Android Pie update on your Nokia 6.1 Plus! Enjoy the slice of Pie.