Through this post, you will learn how to Unlock Realme 3 Pro Bootloader using the official Unlock Tool. Unlocking your phone’s bootloader will further enable you to install TWRP and root the phone using Magisk.

Although not as much a fan’s favorite as Xiaomi, but Realme has slowly started to capture the Indian markets, one step at a time. Targeting mostly the mid-level segments, it continues to improve and add new features. And with the launch of Realme 3 Pro, it could surely become a worthy contender as the user’s favorite in the price segment it currently operates.

Realme 3 Pro was launched towards the end of April and the tech lovers didn’t wait any longer in tweaking their device’s software. No matter the type of tweak one does, the first requirement is to have an unlocked bootloader. But much to the disappointment of many of the device’s owners, they were unable to do that.

If you are among the Android geeks who like to tweak their device software, then there is some good news for you. You can now unlock the bootloader of your Realme 3 Pro easily. After many requests on the Realme’s forum, the company has finally released the Unlock Tool for the phone. 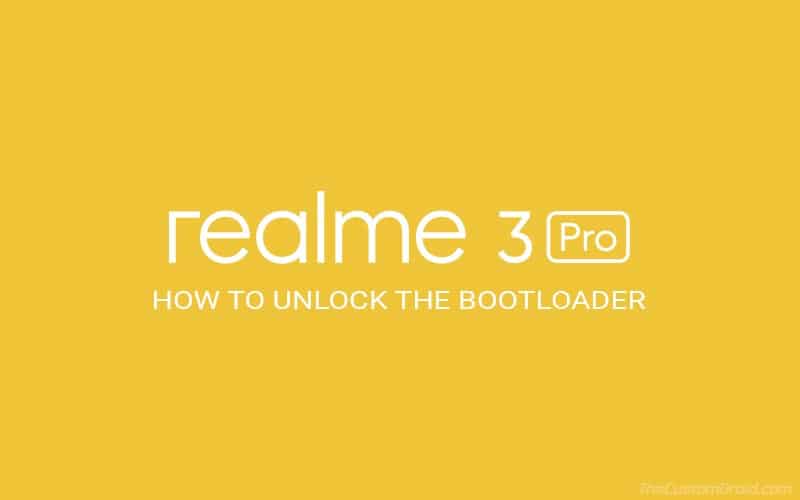 Unlocking the bootloader on your Realme 3 Pro will further enable you to install TWRP, custom ROMs, various mods, and root your phone using Magisk.

Follow each step very carefully, as apart from using the regular fastboot commands to unlock the bootloader, some additional steps relating to the Unlock Tool are also involved. Do note that unlocking the bootloader will replace the Widevine L1 with Widevine L3.

TheCustomDroid.com or any of its members shall not be held liable for any damage caused to your phone during or after following this tutorial. Make sure that you fully understand the instructions and the risks involved in performing them before you proceed.

Your device will reboot to the OS with an unlocked bootloader. As all the data would have been erased, you may need to re-setup your phone by following the on-screen instructions.

So this was the step by step guide on how to Unlock Bootloader on Realme 3 Pro. With that, you can now install TWRP and root Realme 3 Pro using Magisk. If you didn’t understand any part of the tutorial or have any questions related to it, feel free to drop a comment below.