Android is well-known for its open-source nature and the possibilities to push it beyond the limitations set by the OEM. Talking about the boundaries, the device manufacturers often tend to limit the OS’s functionality with a software switch, to disallow any outside customizations. That is encouraged to allow day-to-day users to preserve the integrity of their Android devices. But what if a user chooses to deliberately tinker with the preinstalled software? Well, as far as the “official” word is concerned, it is not supported in most cases. Which means unlocking an Android device’s bootloader will straightforward lead to destroying the warranty. Just not in the case of OnePlus or maybe Google itself.

Now, if you’re really interested in customizing your Android phone with third-party software, you will first need to unlock the bootloader. But in order to do that, you will be required to enable the ‘OEM unlocking’ option in the phone’s settings. We shall be covering it all below.

What is OEM Unlocking? 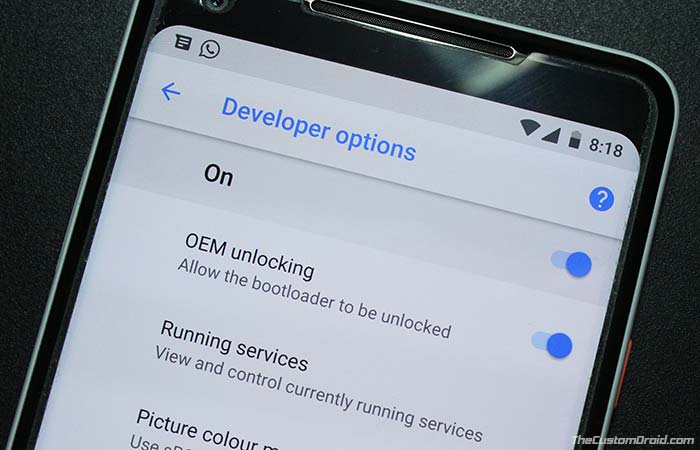 OEM Unlocking on Android is an option in the device’s Developer Options settings that needs to be enabled in order to unlock the bootloader. It was first introduced by Google in Android 5.0 Lollipop and is also sometimes referred to as “OEM Unlock”.

Enabling this option sets the “unlock_ability” flag to “1”, thus giving the user the ability to run the “fastboot flashing unlock” command to unlock the phone’s bootloader. Once enabled, this option stays persistent across reboots and factory data resets, until disabled manually.

The option itself is generally hidden to prevent any accidental access, just like “USB debugging”. It could also serve as a recovery process to revive your device if anything goes wrong with the software.

Why would you need to enable OEM Unlocking?

Before we even get to the instructions and enable OEM unlocking on Android, let us go through the complete understanding of the benefits and drawbacks of unlocking the bootloader. We will further be adding what actually “OEM unlocking” actually is and why is it necessary.

The standard process of installing a custom ROM, kernel, or some famous mods like ViPER4Android, etc would require your device to have root permissions. Rooting itself relies on a custom recovery like TWRP in most cases. Furthermore, installing a custom recovery would require you to have access to write the device’s partitions. A locked bootloader prevents just that. It wouldn’t allow you to overwrite or modify the existing partitions. Thus, the first step towards rooting an Android device is to unlock the bootloader.

The illustration below will help you further understand the process, in case everything in the above paragraph sounded confusing. 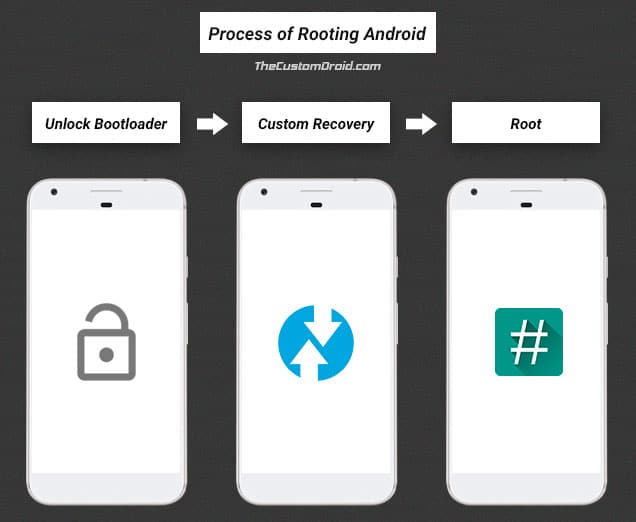 So what is a bootloader? – It is a software program that runs from the minute your Android phone is turned ON. It is loaded with the instructions to boot the operating system kernel and OEM provides the required permission for the user to modify or access the bootloader. An unlocked bootloader will also allow flashing factory images in case of Google Nexus/Pixel, Razer and more.

An unlocked bootloader has its benefits, yes! But it also has a few disadvantages of its own. So before we head to the instructions to enable OEM unlocking on Android, take a look at a few common ones have been listed as follows:

How to Enable OEM Unlocking on Android Devices

Over to the thing, we are actually here for today. We have split the instructions into three steps so that you can easily understand the complete procedure.

It is strongly advised to backup your device completely including the apps, messages, contacts, and internal storage. While enabling OEM unlocking itself wouldn’t erase the data stored on your device. It’s likely that you’ll proceed further to unlock the bootloader, which will result in a complete data wipe. You can follow our guide on how to backup Android devices.

As we mentioned earlier, the option/switch itself is hidden by default under the “Developer options” menu. In order to enable OEM unlocking, you will first need to reveal/enable Developer Options in the phone’s settings.

You can now follow the instructions below to enable OEM unlocking on Android.

So there you go, you now know what OEM Unlocking is and how to enable it on Android device. You may further go ahead and unlock the bootloader using the fastboot command. Once unlocked, you can easily install TWRP recovery and root your phone via Magisk.

That was easy now, wasn’t it? We hope the article was able to explain to you well about the whole concept. However, if you still have questions, then jump down to the comments below and ping us.