Getting the Google Pixel 2 interface on your entry-level phone is now easier and less resource consuming. You can now download and install Android Go Pixel Launcher and install it on your Low RAM Android device.

Ever since the launch of the Google Pixel 2, there was no shortage of attempts by developers to port the default Pixel launcher to the non-Pixel phones. But most of the trials would fail because one or the other feature would not work as it should. Like the Google Now Feed when you swipe left on the homescreen. It wasn’t much latter when Redditor AmirZ introduced the Rootless Pixel Launcher, which we have already talked about previously. Today here, we will be talking about a special variant that would allow low RAM devices to efficiently use the Pixel Launcher, without harming the user experience. So go ahead, download Android Go Pixel Launcher and install it on your device now. 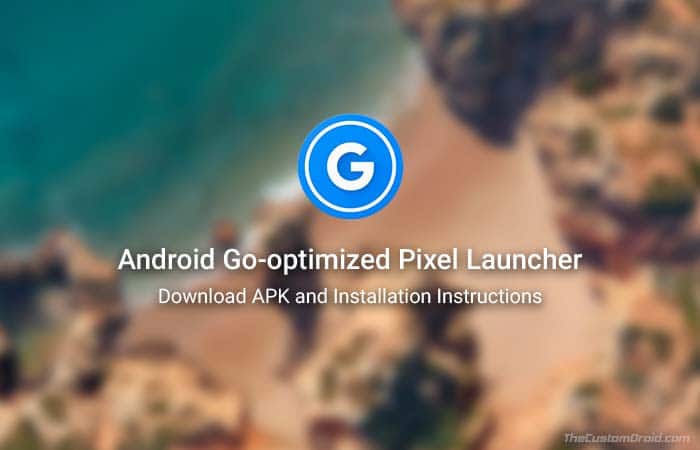 Launcher applications are one of the easiest and go-to methods to easily configure certain visual elements of an Android device. Users are often in search of finding the best launcher. Some do it to move away from the stale OEM interface, while others just want to keep their phone’s screen refreshing. Then there others (like me) who are eager to try the latest features from the newly released phones like the Pixel 2.

Before you even install Android Go Pixel Launcher for your phone, let us talk how the optimized version is different from the regular one.

AmirZ has been constantly working on porting the Google Pixel 2 Launcher to other OEM devices. He does this not by simply editing the original launcher APK, but by compiling the AOSP Launcher3 and manually backporting the individual features. In his most recent release, the developer introduced a new version of the rootless Pixel launcher that is optimized for devices with low RAM. According to the developer, the Android Go optimized version always offers a 4×4 grid style, to best suit the smaller displays. Further, the optimized version also disables widgets support and disables the Notification Dots feature. He also mentioned that this isn’t something that he did intentionally, but is what Google intends to do. 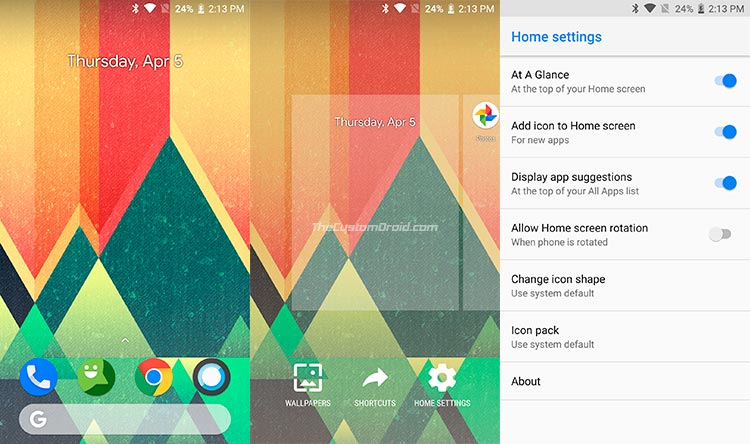 As you can see in the screenshots above the launcher still offers the major Pixel 2 features. These include At a Glance widget, Icon Shapes, App shortcuts, bottom search bar, app suggestions, home screen rotation, and more. There’s also an additional feature to apply third-party icon packs that could be downloaded from Play Store or other sources.

The developer has provided the Android Go-optimized version of the rootless Pixel Launcher on his Github release page. Users can easily grab the APK and manually sideload it on their device.

Note that you must first enable ‘Unknown sources‘ option in the device settings to manually install the APK.

You can now start using the Android Go-optimized launcher on your low RAM phone with all the major Pixel 2 features. The project is open source, which means if you wish to compile the launcher by yourself or want to take a look at the code, then visit the Github page. For more information on the current release, visit the source link below to the official Reddit thread.

So this was how you can download Android Go Pixel Launcher and install it on your device with Low RAM and smaller display. If you have any questions regarding the new optimized version, leave a comment below.