Usually, Google tends to release the beta version (known as a “Developer Preview”) for its upcoming Android version in the month of March, every year. This time though, it has decided to speed things up by announcing the Android 11 Developer Preview in February itself. Perhaps, this has been done to give developers more time to adapt their apps to the new OS and provide their feedback.

Also this time, Google has made slight changes when it comes to the naming convention. Last year, it ditched the “Developer Preview” moniker in favor of “Beta”. According to the release timeline shared by Google, it will release three developer previews of Android 11, which, as the name suggests, will be meant for developers. This will be followed by three Android 11 Public Beta releases, wherein interested users can opt-in and install the beta to get a taste of the new features before the final release takes place in 2020.

Now before you go ahead to download and install Android 11 Developer Preview 2 on your Google Pixel device, let us do a quick rundown of the new features that it brings. 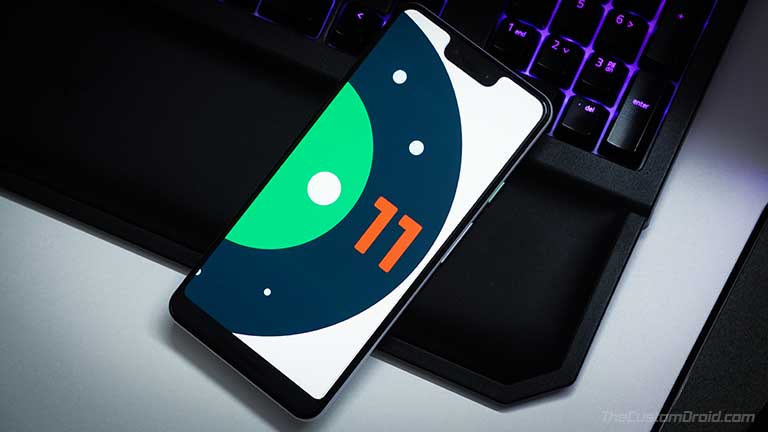 Android 11 packs in a heap of new features, most of which are focused on the latest mobile technologies like 5G network. The new APIs in Android 11 also extend their support to screens with new form-factors, like foldables. So developers can easily optimize their apps to run on devices with these types of screens.

With Android 9 Pie and Android 10, Google introduced a new feature to allow users to carry in-line conversations within the notification shade with support for automated replies and actions using Machine Learning. And now with Android 11, the ‘Smart Reply’ feature continues to evolve with the ability to copy/paste images into replies. According to Google, they have also added a new “Copy Image” feature in Chrome and a “Paste Image” feature to Gboard.

Despite a large number of newly introduced features, Google has still kept the privacy and security of the Android platform as its top priority. Users can now grant one-time permissions to apps for accessing sensitive data like location, camera, and microphone. This means apps cannot access location or any other sensitive permissions at all times in the background. And they must request permission when the user accesses the app again.

This is probably just the beginning. And although there are not many subtle changes to the UI, we’re certain that Google will introduce even more features in the coming months, especially over at Google I/O event, which will be held in May 2020.

Below, you will find the complete changelog for each preview version as published by Google.

Brief: This release mostly focuses on fixing some general system-level issues reported by the developers initially, as well as fixes related to overall stability, battery, and performance.

Brief: This release fixes a few minor bugs. The full changelog is the same as that of DP1.

Important Note: Google has chosen to name the first three releases as “Developer Preview” for a reason. They are primarily aimed at developers and may not be stable enough for daily use for end-users. So, if you’re going to install Android 11 Developer Preview on your Google Pixel device, then be ready to face some bugs. You can view the list of already-reported issues here.

Unfortunately this time, Google has dropped support for the original Google Pixel devices which were released in 2016. Unofficially, these may devices may still get Android 11 dev preview via Generic System Image (GSI).

Make sure that you fulfill all the requirements listed below before you proceed to the instructions.

Every release of Android 11 Developer Preview for Google Pixel devices is available in two different firmware formats – (1) Factory Images, and (2) Full OTA Images. The former is meant to be flashed via Fastboot, while the latter is for sideloading via the stock recovery. So, download the file according to the method you’ll choose to install.

This time, Google has deliberately released the developer preview first. This means you cannot opt-in for the beta program and get it directly as an OTA update (At least not until the Public Beta is released). So, you will have to manually do it.

Now, there are two different methods to install this. The first method is the easiest, wherein, you have to install the Android 11 Developer Preview 1.1 Full OTA package using stock recovery. The added advantage is that you do not need an unlocked bootloader for this.

But the first method won’t work if your Pixel device is rooted via Magisk or has TWRP recovery installed. In that case, you should opt for the second method, which involves flashing the Android 11 Developer Preview 1.1 Factory Image using Fastboot.

So, choose the method which suits you the best and your Pixel device.

First, download the Android 11 Developer Preview 1.1 Full OTA package for your Google Pixel device. Then copy the downloaded zip package to the folder on the PC where the Android Platform-tools are installed. Once you have done that, head over to the instructions here on how to sideload OTA packages using ADB sideload.

Once you have installed, the phone will automatically boot into the updated Android 11 OS. 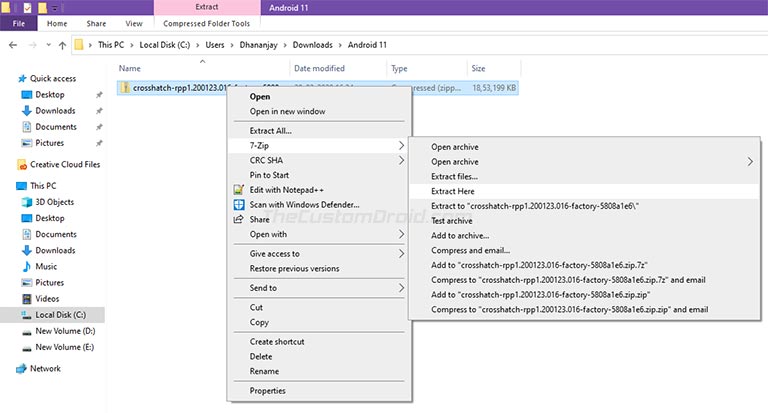 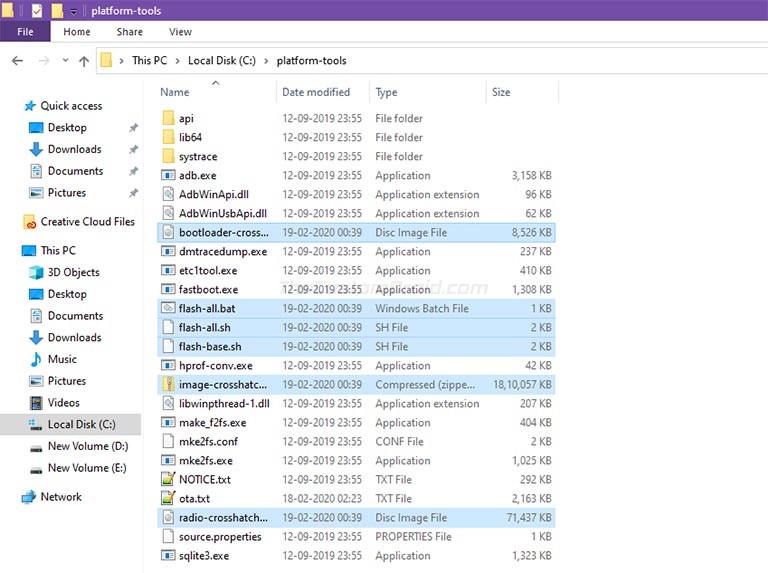 Step 5: Now, you have to edit and modify the included flashing script to ensure that it doesn’t erase all the data on your Pixel device. Although Google recommends that you do erase the data and perform a fresh install. But if you face any unusual issues/bugs, you can always perform a factory reset later. 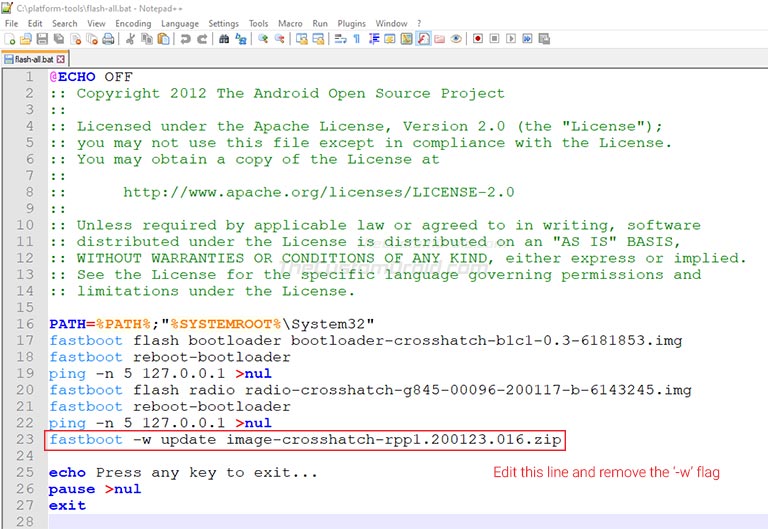 If you’re using a Windows PC, you will need to edit the ‘flash-all.bat’ file. On the other hand, if you’re using a macOS/Linux PC, you need to edit the ‘flash-all.sh’ file. So, open the file using your choice of the text editor and find the line that starts with ‘fastboot -w update’. Now, remove the ‘-w’ flag from this line, which is responsible for wiping/erasing the data during the flashing process.

Once you have removed the said flag, save the file and move on to the next step.

Step 6: Power off your Google Pixel device. Once it is powered off completely, hold the Volume Down and Power keys together until the device enters the ‘Fastboot Mode’. Now, connect the device to the PC using a good quality USB-C cable. 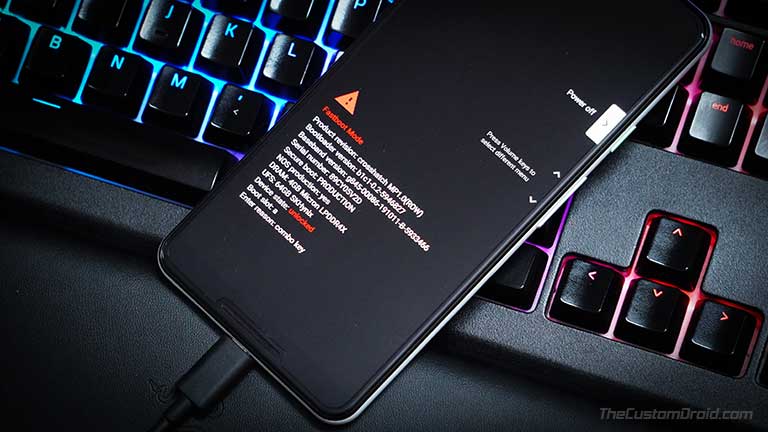 Once that is done, simply enter the following command to flash the Android 11 factory image on your Pixel device: 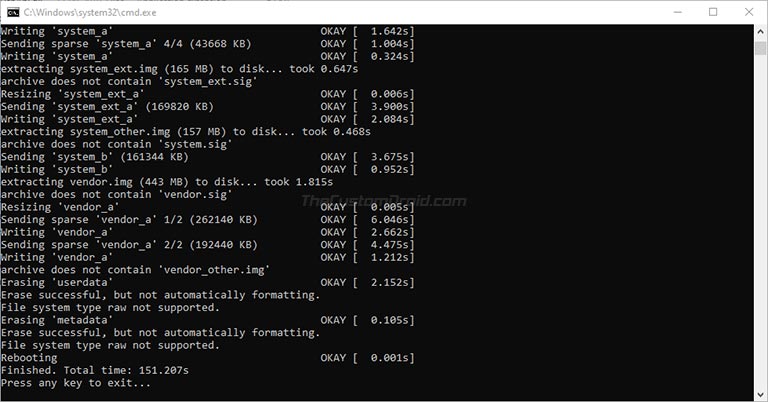 Once finished, your Google Pixel device will boot into the updated Android 11 OS. You can now go ahead and test out all the new features in this new version of Android. According to Android Police, the Developer Preview contains a lot of new changes and features than the ones shared by Google. For instance, there’s a new screenshot UI with signs for scrolling screenshots. You can also pin your apps using Android 11’s share menu.

We also covered a guide to enable Android 11 Screen Recording feature in Android 10, which was experimental and didn’t work fully. But with Android 11 Dev Preview installed, the feature now works fully. So, there’s surely a lot more in Android 11 for you to explore.

This was our guide on how to download and install Android 11 Developer Preview on Google Pixel devices. If you have any questions regarding the installation method(s), feel free to ask us.