Update (June 28, 2020): Xposed can now be installed on latest Android versions like Android 10, Android Pie, and below using the EdXposed Framework. Instructions could be found here.

Xposed is now ready for Nougat, as a stable release. This guide will easily help you set up and install the Xposed Framework on Nougat 7.0 and 7.1. Further, we will also demonstrate how you can install modules to add new features to your Android. 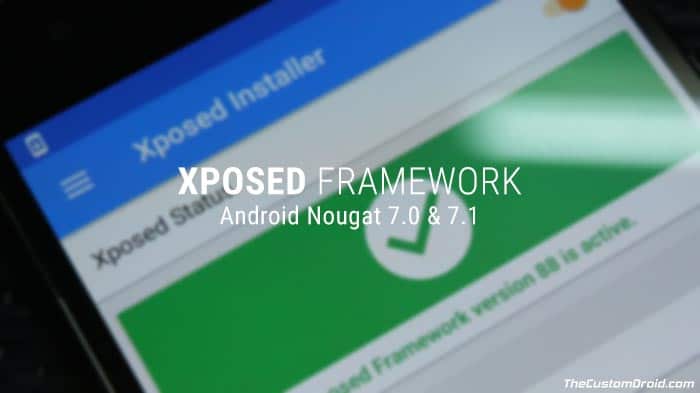 Xposed Framework, sometimes simply called “Xposed”, is one of the best and most powerful tools for customizing your rooted Android phone. It has been brought to the public by XDA Recognized Developer – rovo89.

Xposed allows you to inject additional features into your device’s firmware, thus pushing your phone’s capabilities. For the most part, customizing an Android device means installing custom ROMs for the hefty new features that they offer. But not everyone is a big fan of custom ROMs, especially when there’s an increasing number of ROMs to choose from. Several users just favor the stability offered by stock firmware, which overpowers their desires for extra features.

That’s when Xposed kicks in. If you prefer to stick to the stock firmware, you can still customize your Android device on the system-level and add features whenever you feel the need.

These features are added to your device through Xposed Modules. The framework database offers a plethora of modules that offer you to customize each and every aspect of your device, without much hassle. So go ahead and install Xposed Framework on Nougat 7.0 and 7.1.

What took it so long?

We realize that it was a long time for the users to wait, almost more than a year. But trust me when I say – “It was worth it”.

While many of the users shifted their attention to the Systemless modification solution (Magisk), quite a lot like me were eagerly waiting for this release. Magisk might have its benefits, but then Xposed Framework has its own, plus it takes the leverage by the vast list of established modules. There’s no competition here, I am just laying down the facts. Plus, we as users value everything that is developed for the good of our phones. 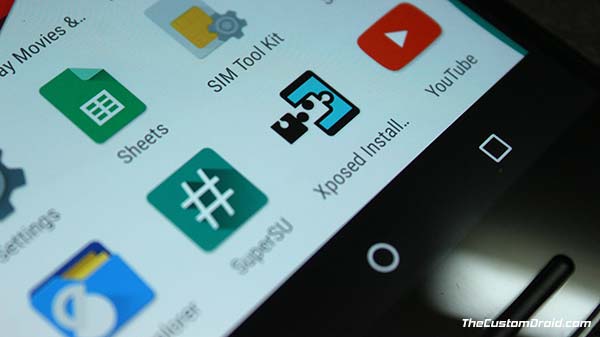 Back when Android Nougat was released, it brought some serious changes to ART (Android Runtime) including the Just-in-Time compiler. These changes required intense work and time to modify Xposed and make it work on Nougat. It wasn’t much later that the developer (rovo89) started the development to bring Xposed Framework on Nougat.

During this time, several XDA members attempted to run it on Nougat using some modifications and once such user – abforce, came up with a working build. While it did enable users to install Xposed Framework on Nougat and use it, it had its own downside. The development was still not complete, so the unofficial port just disabled the new ART optimizations and made the hook method to work.

But now that rovo89 has completed the project, he brought up a new stable release that not only works flawlessly but also honors the ART optimizations that Nougat brought in the first place.

Install Xposed Framework on Nougat 7.0 and 7.1

I think we have talked much about it already! I know are equally hyped as I was when I first saw the news. So without any more delay, let us get on to installing Xposed Framework on Nougat.

We will start by installing the framework and Installer app itself, which is easy. And after that, we will move to installing different modules and using them.

Xposed can only be installed using a custom recovery such as TWRP and only on a rooted device. So make sure that you have both before proceeding ahead.

So you have just installed Xposed Framework on Nougat. But, it will still not be functional without the “Xposed Installer” app, which is the companion app for the framework.

Now, you are ready to use modules to added new features to your Android Nougat device. In the Installer app, swipe from the left edge of the screen to bring up the menu. Then select the “Download” option. 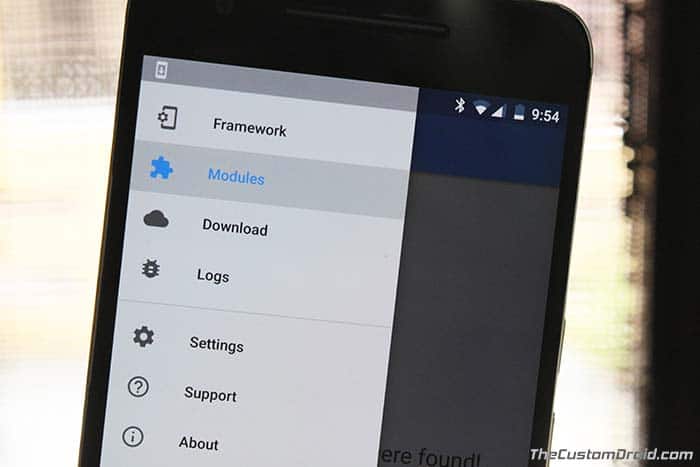 This is where you can easily download all the available Xposed Modules available directly from the repository.

Now, go back to the Installer app main screen, pull out the menu, and select “Modules”. The installed modules will be present here. Toggle the checkbox beside the module you want to activate. Finally, reboot your device for the changes to take effect.

Done! You have just succeeded in setup and install the Xposed Framework on Nougat. Now you may further install as many modules as you want and enjoy the new features.