Finally, some good news for users who wish to install custom recoveries, flash ROMs, and root their Snapdragon-based Samsung Galaxy device, but couldn’t do it because the bootloader is non-unlockable. Thanks to a SamPWND, a paid remote service, you can now unlock the bootloader on Snapdragon Galaxy devices sold in the USA and Canada, including the Galaxy S20, Note 20 series, and more.

The bootloader on Snapdragon Galaxy Devices

So, why can’t you unlock the bootloader on Snapdragon Samsung Galaxy devices?

For years now, Samsung has been processing its flagship devices in two different variants – one with an Exynos SoC and the other with a Qualcomm’s Snapdragon SoC. The latter is what the manufacturer sells in Hong Kong (mainland China), Korea, and the USA. You can read more on this in a recap posted by u/stereomatch on Reddit.

Unlike the Chinese and Korean variants that allow bootloader unlocking, the Snapdragon-based Galaxy devices in the USA do not have an unlockable bootloader. This means, no possibility to flash custom ROMs, gain root access through Magisk, or apply any other sorts of software modifications.

And why is this? Because the mobile carriers in the US demand so. And if not all of them, then at least the majority.

“What about the unlocked versions of the phones then? There are no carriers involved“, you might ask. Yes, but then it would also mean that Samsung would need to manufacturer another set of units with a different on-chip primary bootloader, which certainly adds to the manufacturing costs. So they stuck with one hardware unit and made the differences in the software front.

Whatever the reason might be, I think Samsung should have found a proper way to comply with carrier demands while still encouraging and supporting the custom development base.

Over the years, the community members at the XDA-Developer forums have also held bounties to get the bootloader unlocked on their Snapdragon Galaxy devices. Well, this surely implies that a lot of Samsung’s customers out there are looking for the means to modify their phone’s software.

Here’s a little thread on the official Samsung community where several users/enthusiasts expressed their concerns. A few even denied buying any Samsung devices in the future just for the sole reason of not having the ability to unlock the bootloader.

And I would like to agree. Although I have never owned a Snapdragon variant (only Exynos), I could understand the frustration of not having complete control over the device you paid for and own.

SamPWND is a paid service that (remotely) helps you unlock the bootloader on Snapdragon Galaxy devices sold in the USA and Canada. This service is provided by XDA Recognized Developer and long-time community member elliwigy. He first announced this service over at XDA in December 2020.

He is the same developer who found an exploit that led to root solutions for various Snapdragon devices including Galaxy S8, Galaxy S8+, Galaxy Note 8, Galaxy S9/S9+, and Galaxy Note 9.

You will find all the details about the service, involved charges, FAQs, and all other related information there.

As stated by the developer the SamPWND bootloader unlocking service doesn’t rely on any sorts of exploits. This is something you might have observed in the case of pre-Galaxy S10 devices, wherein an exploit found in an old firmware led to the possibility of injecting root binaries and thus gain root access.

The thing with exploit-based root solutions is that they are patched and often do not exist in newer/latest firmware. and patched in the newer ones. For the same reasons, the available root solutions would require the users to sidegrade their phone back to Android Nougat (on S8 series and Note 8) or Android Oreo (on S9 series and Note 9).

Also, it still doesn’t let you unlock the bootloader and there are other limitations as well.

But not with SamPWND. It actually fully unlocks the bootloader of your supported Snapdragon Galaxy device. So, you will be able to install TWRP, flash ROMs/kernels (as they are made available), and root your phone with Magisk, just like the Exynos models.

The process involves generating a device-specific “token” based on your device’s model number and DID. The token is then flashed to your device using the Odin tool.

At the time of publishing this post, you can unlock the bootloader on the following Snapdragon Galaxy devices/models via SamPWND:

So, why would you need to pay for something that is generally free-of-charge? Blame that on Samsung.

The developer elliwigy clearly mentioned that “This is not a get rich quick scheme or something to make money“. According to him, the unlocking method is device-specific and requires him to purchase individual files for every single device. So, it’s logical that those expenses should be covered by the customer/user.

Moreover, there are other things that cost the developer a good sum of money like the website itself, payment gateway fees, etc. And above all, the amount of research, hard work, and time that was put into this solution.

The charges levied for the SamPWND service range from USD 75 to USD 150 depending upon the device. You should directly visit the Shop section on SamPWND’s official website for up-to-date prices.

The developer also encourages that you go through SamPWND’s policies for information on refunds, terms, and any privacy-related concerns.

Process of unlocking the bootloader via SamPWND

Next, you will need to note down your device’s exact model number. You can find this information by going to “Settings” > “About phone” on your device itself. Alternatively, you can also verify this on your device’s retail box/invoice.

You will then need to get your device DID. You can get this by running the adb shell getprop ro.boot.em.did command from your computer or check for it on the top-left of the screen while your device is booted into Download Mode. 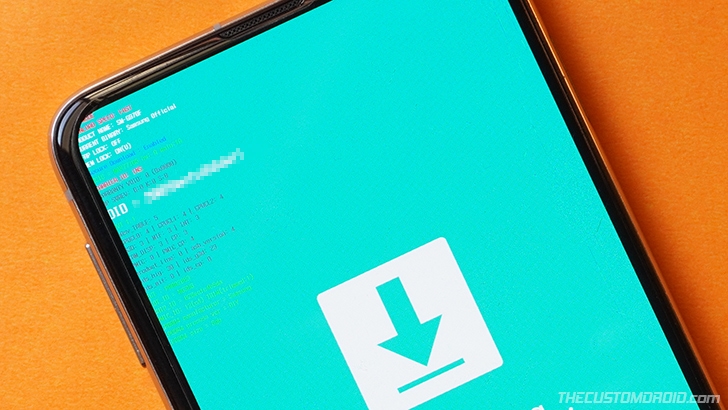 Once you have the required info, visit the SamPWND website and go to the “Shop” section. Select the device’s name and you should be confronted with a form. Input your Galaxy device’s model number and DID in the field, and also make sure to mention your Telegram and/or Discord username so that the developer can contact you once the unlock token is ready. 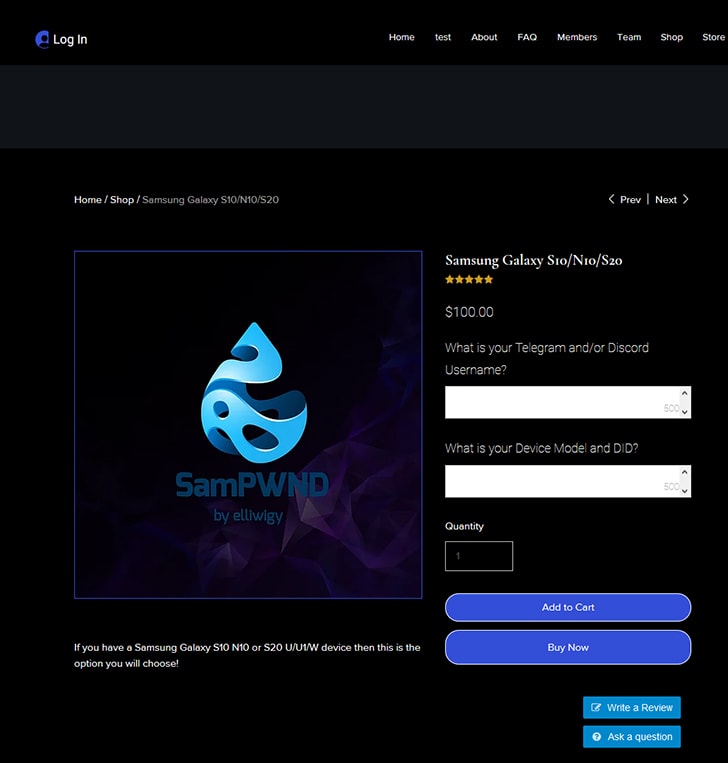 After doing this, the developer will remotely unlock the bootloader of your Snapdragon Galaxy device.

There you have it, a confirmed and fully working way to finally unlock the bootloader on Galaxy devices sold in the USA and Canada with a Snapdragon processor. It’s so good to see the wheels rolling with custom development for the Snapdragon Galaxy devices that have troubled/limited enthusiasts and developers for years now.

Before taking this method public, elliwigy tested it on his own device to ensure that it actually worked without any limitations. By now, several users over at XDA have already had their phone’s bootloader unlocked using SamPWND.

If you have any questions regarding the service or have feedback to share, please visit SamPWND’s XDA thread, Telegram group, or use the contact page of the official website.

How to Install TWRP and root Snapdragon Galaxy S20 series