After two Open Betas and continuous testing, OnePlus is finally rolling out the final Android 9 Pie update for the OnePlus 6 as OxygenOS 9.0.

As expected OnePlus 6 Android Pie update comes with all the new features including Adaptive Battery, gesture-based navigation, display cutout support, and more. Apart from these, there are several changes in terms of the user interface such as the revamped Quick Settings, notifications, and device settings. Android Pie hosts a series of major features, so be ready to be surprised, or you can check out all of ’em here.

What’s even more exciting is that there are also several OxygenOS-specific changes and improvements. For starters, there’s a new Do Not Disturb mode which is more customizable. Then there’s Gaming Mode 3.0 that brings support for text notification shade and third-party calls notifications. And last, but not the least also brings the accent color customization, if you’d like to play with system colors.  OxygenOS 9.0 for OnePlus 6 also incorporates September 2018 security patches, which is equally valuable in terms of security. 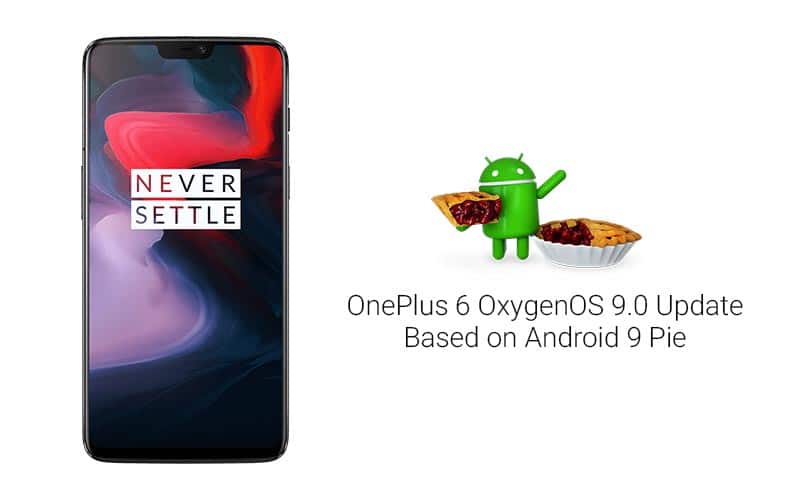 The complete changelog as provided on the official release thread is as follows.

As always, the OnePlus 6 Android Pie update is rolling out over-the-air. The OTA weighs about 1.5 GB (1521 MB to be precise) for users running OxygenOS 5.1.11. To check for the update, go to ‘Settings’ -> ‘System update’ on your phone.

What’s worth noting is that the OTA update will be available in stages. In simple words, a few users will receive it initially and it shall be available for the rest in the coming days. OnePlus also mentions that using a VPN would not help you get the update early. Although, you can try using Oxygen Updater.

If you’re running the OxygenOS Open Beta 1/2 based on Android Pie, then you will not receive the OTA notification. Rather, you will need to manually upgrade by flashing the full ROM.

Go ahead and keep an eye out for the update!