An OTA update has arrived, but you cannot install it because your Android device is rooted? Well, that’s a known downside of rooting Android. In this guide, you will learn how to install OTA updates on rooted Android devices using Magisk. By using the method provided in this guide, you will also be able to retain root and TWRP after installing the OTA update. Before we get any further, let us take a quick look at what OTA updates are and how they work.

What is an OTA Update?

An OTA Update a.k.a an Over-the-Air Update is a wireless method of receiving and installing updates to an Android device’s software.

It is remotely pushed by the device manufacturer (Also known as the ‘OEM’) and is the easiest and most effective way to update an Android device’s software to the latest available version. Once an OTA update arrives, it is either automatically installed or prompts the user to manually download and install it.

So, how does one install an OTA update on a rooted Android device? You will know more about it in the next section. Read ahead.

Rooting an Android device is great, it gives the user tremendous control over the device’s software and allows making any sort of modifications to it. However, it comes with its own drawbacks. The biggest one is losing the ability to take automatic OTA (over-the-air) updates. And users (Generally who are new to the scene) often tend to overlook this factor when they root their Android device. 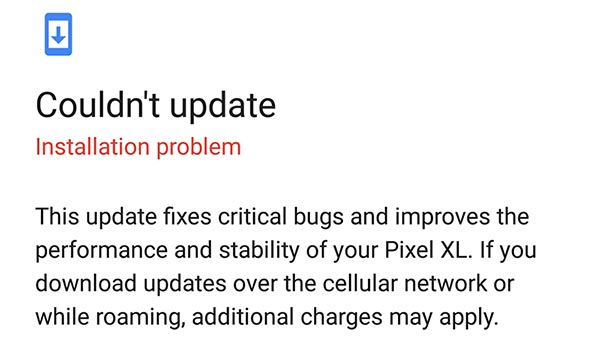 In Android 5.0 and above, Google introduced the concept of block-based OTAs. This new mechanism does certain pre-OTA block checks to verify the integrity of the device’s software. In layman terms, once the installation begins, the device partitions (like system, boot, vendor, dtbo, etc) are checked for modifications like Root, TWRP, etc. And if detected, the OTA update will fail to install.

But thanks to Magisk, you can easily install OTA updates on rooted Android devices without losing root. For those who don’t know, Magisk is a Universal Systemless Interface that allows you to make modifications to your Android device’s software systemless-ly, that is, without altering the /system partition.

Not just that, it has also developed to be the most prominent modern-day rooting solution for Android using MagiskSU. Want to know more about how it came into existence? Then there’s no better way but to hear out the story directly from its creator – topjohnwu.

The best part about rooting your Android device with Magisk is that it gives you the ability to install OTA updates easily. So, follow the instructions below on how to do it.

Note: If you’re upgrading from Android 10 to Android 11, make sure that you update to Magisk 21.0 or the latest Magisk Canary release. v20.4 and lower do not support Android 11.

How to Install OTA Updates on Rooted Android Devices?

Still, sounds a bit confusing? Don’t worry, the instructions below will take you through the complete process in detail. For your convenience, we have split the instructions into 5 different steps so that you can understand exactly what you’re doing.

In Android 8.0 Oreo (and above), Google introduced a new automatic updates policy that downloads and installs OTA updates as soon as they are available.

Although this is great for an average Android user, but not for those who have rooted their devices. In order to update your rooted Android phone, you must first prevent the system from automatically installing updates without your acknowledgment.

Simply follow the steps below to disable Automatic System Updates in Android:

Step 2: Restore Stock Boot Image When an OTA is Available

Now your Android device is rooted and an OTA update notification has arrived. When an OTA update is available, you will need to restore the stock boot image (and dtbo, if applicable) and uninstall Magisk from the current slot.

To do so, go to the app drawer and launch the ‘Magisk Manager‘ app. Then tap on the UNINSTALL button and select the RESTORE IMAGES option. You should now see the “Restoration done!” message on the screen.

Do not! Absolutely do not reboot your phone now, or else Magisk will be uninstalled completely.

Step 3: Install the OTA Update on your Rooted Android Device

Now, with the stock boot image restored, you can freely install the OTA update on your rooted Android device. Simply go to the device Settings → System → System update, and press the ‘Download and Install‘ button. 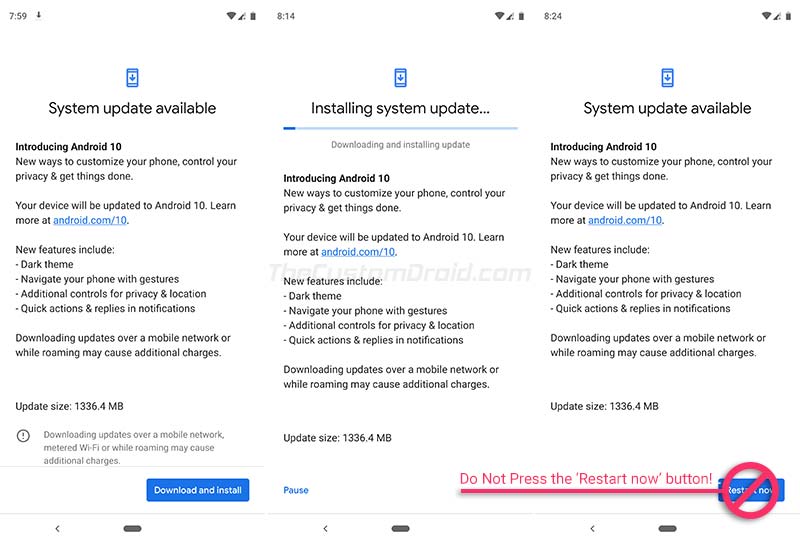 Once the installation finishes, you shall be prompted to reboot your phone. DO NOT REBOOT YOUR DEVICE YET! Simply move ahead to the next step.

This is an optional step and only to followed if you installed Magisk using TWRP recovery (Method 1). It will allow you to retain TWRP recovery after installing the OTA update.

For this, you will need to download and install “TWRP A/B Retention Script” (by XDA Recognized Developer osm0sis) from within Magisk Manager. To do so, follow the steps below:

The script should now be installed on your phone. There’s nothing more you’d need to do for this now. The script will do its job and preserve TWRP after the OTA installation finishes.

The final step to install Magisk to the inactive slot. This will preserve root after the OTA installation is finished and the device is rebooted into the updated OS.

Magisk Manager will now force-switch your Android device to the inactive slot where the OTA update was installed. This will help prevent any post-OTA verifications that the system might have carried.

That’s it! You have just successfully installed an OTA update on your Android device rooted with Magisk. So when the next time an OTA update arrives, you can follow the same instructions to upgrade your device, and that too without losing root.

If you have any questions regarding the instructions/procedure listed here, feel free to let us know. We shall try to help you to the best of our knowledge. Make sure that you mention your device’s name (model number if applicable) and the software build number installed. This will allow us to help you quickly and more efficiently.