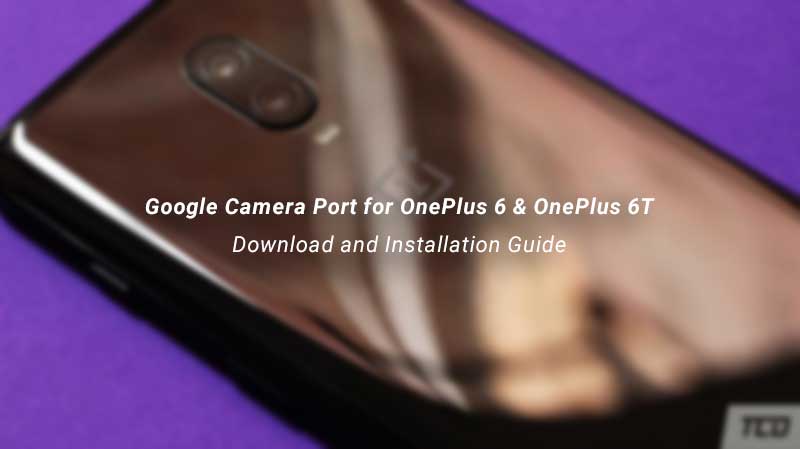 Here you can download the latest Google Camera (GCam) port for OnePlus 6 and OnePlus 6T, followed by the instructions on how to install it.

Installing Google Camera on your OnePlus device will allow you to use Pixel camera app features like Astrophotography Mode, NightSight, HDR+, Playground (AR Stickers), and more for an overall better camera experience. Ports of Google Camera v8.1, v7.4, v7.3, v6.2, and v6.1 are available, along with corresponding XML config files, and recommended settings. These are compatible with any OnePlus 6 or 6T running Android 10 and Android Pie.

At the time of its release, the OnePlus 6, as well as the OnePlus 6T, were well and truly among the best mobile devices in their segment. The critics and users were all heaps and praises for these two smartphones. Powered by the Snapdragon 845 chipset, with an octa-core processor and up to 8 GB of RAM, one could hardly ask for anything more. Add to the fact that it had Android 9.0 Pie out of the box and was updated to Android 10 recently, surely ticked all the boxes.

Coming to the camera department, it surely gave a tough time to the biggest player in this segment (aka Pixel devices). Having a dual rear camera with f/1.7 aperture, it is capable of recording videos at 2160p at 30 and 60 fps. The front camera too is an impressive 16MP with amazing features like Auto-HDR and Gyro Electron-Image-Stabilization.

However, some users still feel that stock OnePlus camera features like the NightScape and Slow Motion are not as finely tuned as they should have been. Also, there are opinions that the stock camera could have incorporated some additional features as well. This includes a Motion Auto Focus, ‘Pro-Mode’ and ‘Manual Focus’ for video recording and ‘Timelapse’.

The best part about installing this GCam port is that you neither need to unlock the bootloader nor root the device. This is due to the fact that the OnePlus 6/6T fully supports Camera2 API by default.

These pictures speak for themselves. The ones taken by the Google Camera Port are more finely tuned and have much more detail than their counterparts. Also, the ‘Night Sight’ feature of GCam is way ahead than the ‘NightScape’ mode of the stock OnePlus camera.

The recommended and best GCam Ports for OnePlus 6 and OnePlus 6T are from developers Arnova8G2, BSG, macro, Nikita, and Urnyx05.

Along with the link for the Google Camera, there are also corresponding XML config files that could be used to configure the best settings automatically. We strongly suggest that you also go through these important notes to know more about each port and their recommended settings to get better results with Astrophotography and other camera modes.

How to Install Google Camera Port on OnePlus 6/6T

Installing the port on your OnePlus 6/6T is a pretty straight-forward process. Just follow the below steps in order to install it. The method of subsequently configuring it using the XML file is also provided.

Note: Before installing this port, ensure that you have uninstalled any GCam ports that you might have installed previously.

Google Camera is now successfully installed on your OnePlus 6/6T device. Go ahead and try clicking amazing pictures with it now. However, if you still aren’t satisfied with the results, go to the ‘Settings’ menu of the camera and try tweaking it as per your requirement or simply load a different config file.

Some of these ports and XML files have been sourced directly from the OP6/6T telegram group. Huge thanks to them!