Nightscape and Studio Lighting is now available for the OnePlus 6! 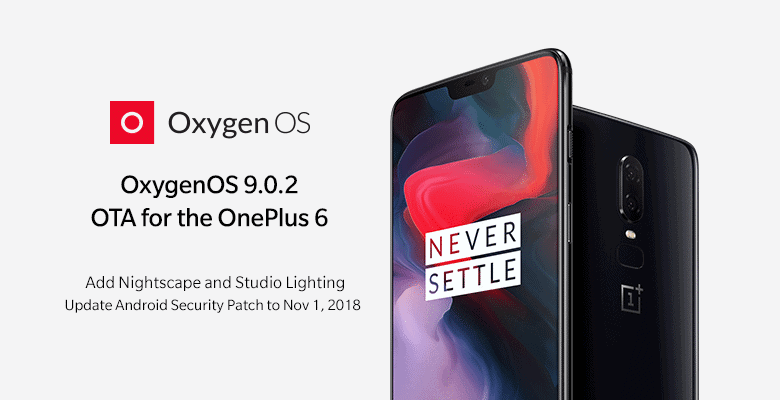 OnePlus may have launched a new flagship, but its May 2018 OnePlus 6 is still owning its throne in the flagship market with almost little to no difference from the 6T. Except for the design perspective. In the most sense, the OnePlus 6 is capable of everything the 6T can do. It also runs on updated hardware, so it will make no sense to leave it all alone without tasting the 6T goodies.

Interestingly, OnePlus has announced stable rollout for the OnePlus 6. Bringing in not just some system improvements, but also features that will totally make it a slightly cheaper version of the 6T. However, note that this will be a “staged roll-out”, that means not everyone will get the update notification. Instead, OnePlus is sending it to a small subset of users to further monitor its stability. OnePlus can then decide whether to roll out to more users or halt the update altogether.

The new update will bring the Oxygen 9.0.2 to OnePlus 6. Brand new navigation gestures and improved UI for About phone is to be expected. To stop the heavy battery drain users has been experiencing, the Oxygen 9.0 will also optimize the standby power consumption on the OnePlus 6. This will also update the handset to November 2018 security patch. Google Assistant (or any third-party assistant apps) can now be launch by holding the power button for half a second. It will also squash existing bugs, with some added performance improvements.

Probably the most exciting part happens in the camera department. The new Oxygen 9.0,2 will add the Nightscape mode which will improve the lowlight performance on the OnePlus 6. Studio Lighting is also added to enhance face contour.