OnePlus is rolling out the new OnePlus 6 Open Beta 2 which brings a plethora of new improvements to the concerned device. The latest OxygenOS software is based on Android Pie and improves the picture quality of the front-facing camera. It also optimizes the multitasking UI.

The current second Open beta is based on Android 9.0 Pie and is a follow-up to the OxygenOS Open Beta 1 which rolled a few days ago. The device is already on the September 2018 security patch which rolled in along with the first OxygenOS open beta. OnePlus 6 Open beta 2 is a beta version of the software, so it brings its share of glitches as well. Official sources cite that some third-party Apps may not work. Google Pay service is not working as well. Some users are also reporting that the face-unlock and fingerprint sensor is slow. However, we think in the next software versions these bugs will be fixed. 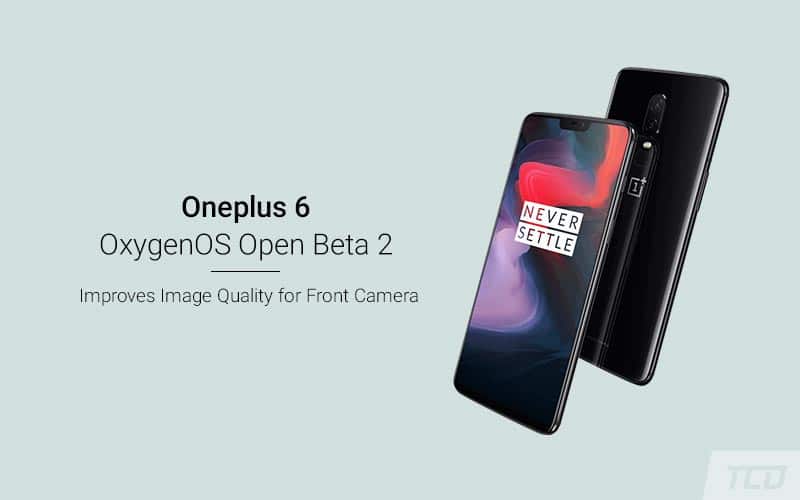 Here is the official changelog for the latest OxygenOS Open Beta 2 update as provided on the official release thread.

OnePlus 6 users with the previous Open Beta installed will receive this update over-the-air. Given that, your device should capture the OTA on its own as it rolls in. Alternatively, without waiting for the update, you can search for the same manually. Go to your device Settings -> Software Updates and check for the OTA. If the OnePlus 6 Open beta 2 shows up then download it. Try to grab the software via Wi-Fi so that you don’t get charged by your tele-carrier.

If you are currently on the stable OxygenOS software, then you will need to manually flash the ROM. Download links and instructions for the same could be found here. OnePlus’ software updates are always important. So, make sure you get the OnePlus 6 Open Beta 2 via OTA or install it manually.