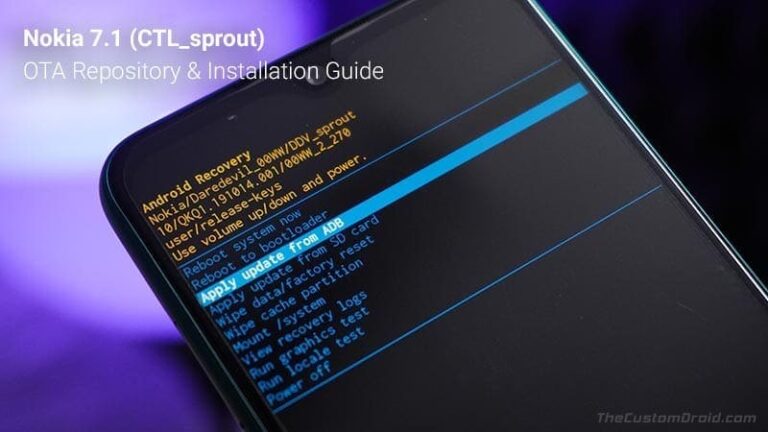 A repository to download all Nokia 7.1 OTA software updates. And learn how to manually install OTA updates on the Nokia 7.1 using ADB sideload in stock recovery. 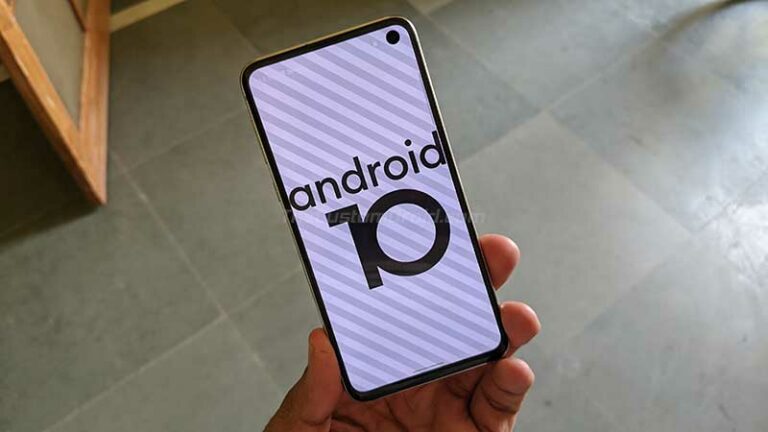 Samsung has finally released the stable Android 10-based One UI 2.0 update for Galaxy S10, S10+, and S10e, with G97*FXXU3BSKO and G97*USQU2CSKP software version for the Exynos and Snapdragon variants, respectively. The update is already rolling out to the official beta users as well as Android Pie users over-the-air. Through this post, you can download and […] 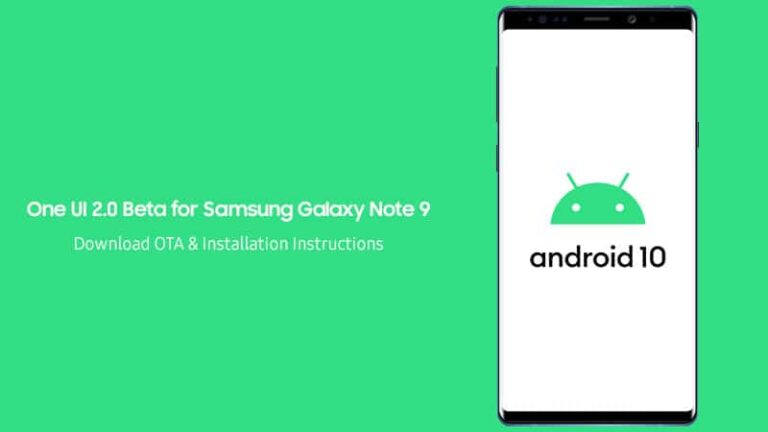 Download and Install One UI 2.0 Beta on Galaxy Note 9 (OTA)

After the Galaxy S10 and Note 10 series, the 2018-released Galaxy Note 9 is now getting the official Samsung One UI 2.0 Beta update based on Android 10. If you haven’t been able to enroll your phone into the beta program, then you can follow this post to download and install One UI 2.0 Beta […]

Great news! Samsung has finally started rolling out One UI 2.0 Beta for Note 10/Note 10+ users. The first beta firmware for the said devices comes with the ZSJF build number and November 2019 security patch. In this tutorial, we will show you how to manually install Android 10-based One UI 2.0 Beta on Samsung […] 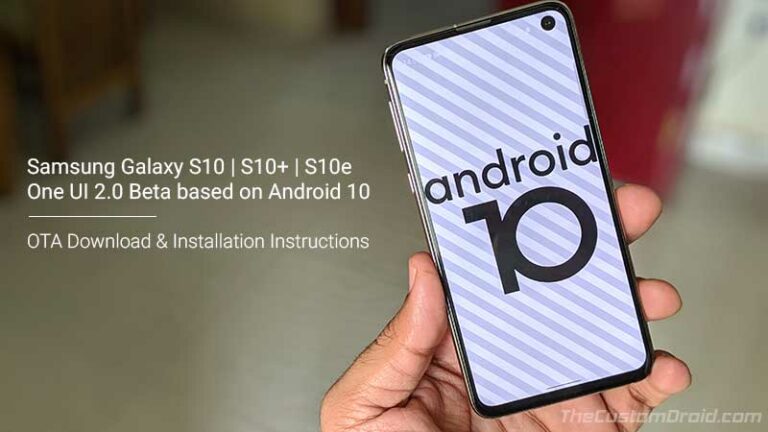 Samsung has recently announced Android 10-based One UI 2.0 Beta for the Samsung Galaxy S10 series. If the beta program is not yet available for your device or region, then you can manually install One UI 2.0 Beta on Galaxy S10, Galaxy S10+, and Galaxy S10e right now by sideloading the OTA package (zip) via […] 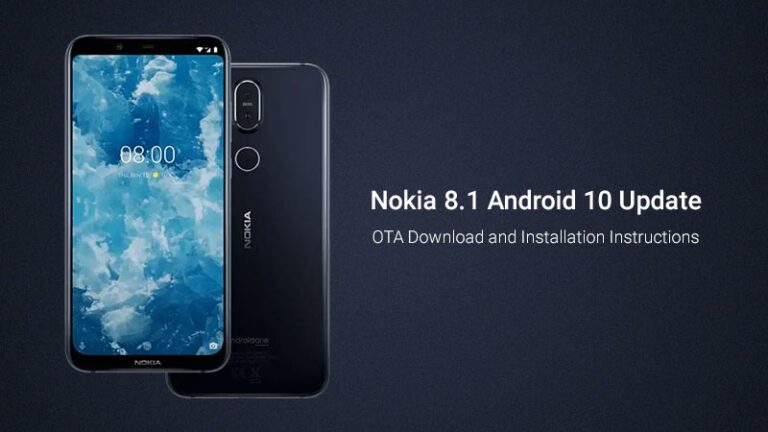 Nokia 8.1 which was released in December last year is now receiving the official Android 10 update with V4.15B build number. The announcement was first made by Juho Sarvikas (CPO, HMD Global) on Twitter. The update is rolling out over-the-air already. However, if you have not yet received it, then you download the OTA package […] 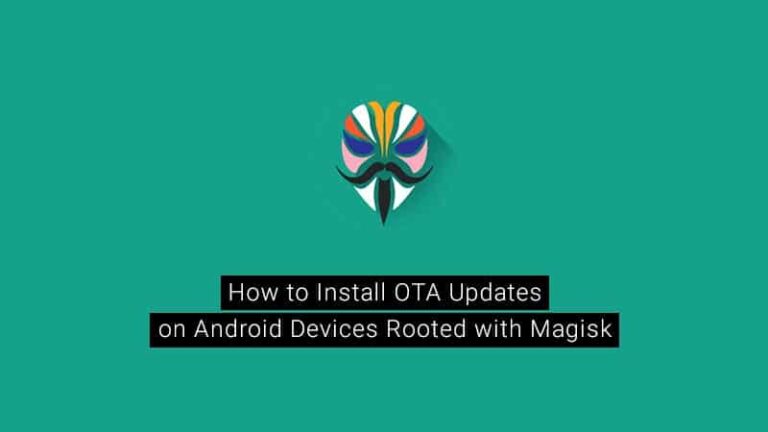 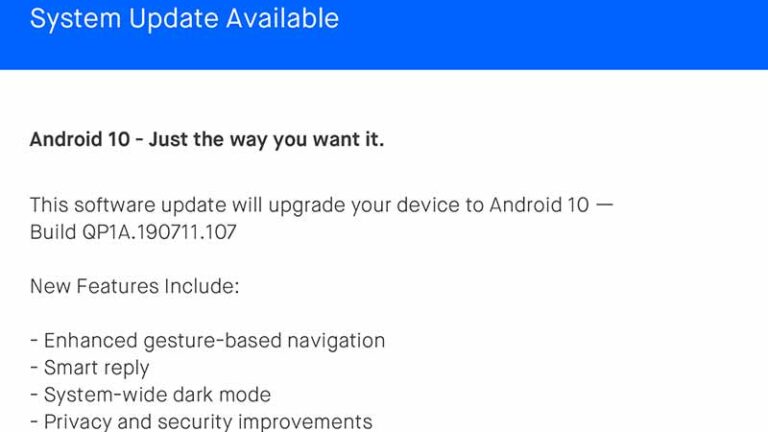 The Essential Phone (PH-1) is one of the first few devices to get the stable Android 10 Q update on day one of its release. Through this post, you can download the OTA package and factory image of the latest Android 10 February 2020 security update for the Essential Phone.  Furthermore, the instructions below will […] 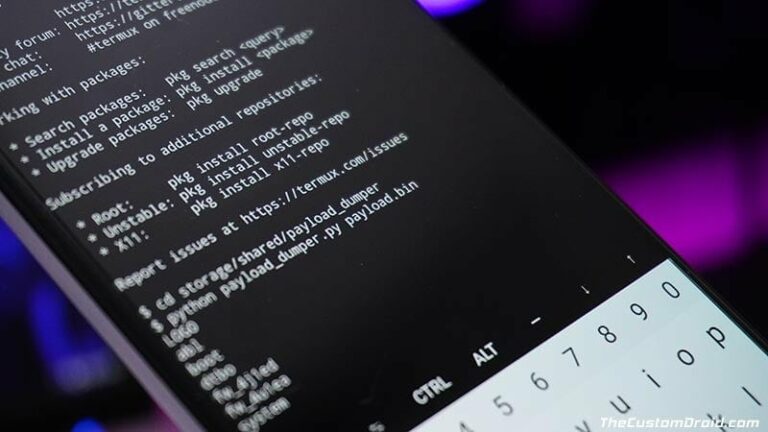 Learn how to dump and extract Android OTA Payload.bin file to get the boot.img (for rooting with Magisk), vendor.img, and other other partition images.