After the Galaxy S10 and Note 10 series, the 2018-released Galaxy Note 9 is now getting the official Samsung One UI 2.0 Beta update based on Android 10. If you haven’t been able to enroll your phone into the beta program, then you can follow this post to download and install One UI 2.0 Beta on Galaxy Note 9. This could be done by installing the One UI 2.0 Beta OTA package via stock recovery.

This year, Samsung is really on its toes to quickly release the Android 10-based One UI 2.0 update for its flagship devices. Both the Galaxy S10 and Note 10 devices have already received successive beta updates since the commencement of the beta program. According to SamMobile, the stable release is quite near, considering that Samsung is already closing the beta registrations for the said devices. With that, the manufacturer is now moving on to last year’s flagships, that is, the Galaxy Note 9 and Galaxy S9.

How to Enroll in One UI 2.0 Beta Program?

One UI 2.0 beta for Samsung Galaxy Note 9 has already started rolling out to the users in Korea and the UK. If you’re interested in testing the new One UI 2.0 software based on Android 10, then you can easily enroll your Note 9 in the official beta program. To do so, follow the instructions listed below.

Once you have successfully enrolled your phone, go to ‘Settings’ > ‘Software update’ and check for the update notification.

Again, the beta program is only available for users in Korea and the UK (For now). If it is not yet available in your region, then you can also manually install One UI 2.0 Beta on your Galaxy Note 9 by sideloading the OTA package via stock recovery.

But before you get to the instructions, let us take a quick look at what new features and changes do One UI 2.0, along with Android 10 bring to the phone.

One UI 2.0 Beta for Galaxy Note 9 – New Features and Changes

First of all, the update brings all the Android 10 features to the phone. These include several new features like Smart Reply, Live Captions, Privacy and Location Controls, Focus Mode in Digital Wellbeing, system-wide Dark Theme, and highly improved and intuitive gesture navigation.

On top of that, Samsung has included several new changes in One UI 2.0 to improve and streamline the overall user-experience. For starters, the minimized notifications, embedded loading indicators, and simplified button arrangements help you focus on the task at hand, without missing any important information. 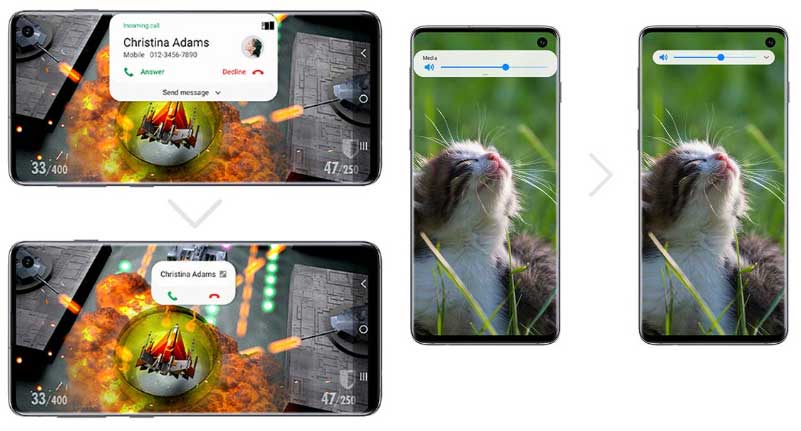 Samsung has further made some improvements to Android 10’s Dark Theme. The enhanced dark mode in One UI 2.0 automatically adjusts the brightness of images, texts, and colors of the display for a better visually comfortable experience at night.

Another new change is the Smart Lock Screen, that automatically adjusts the color and format of the clock and notifications, to ensure that you can always see the text and icons clearly. 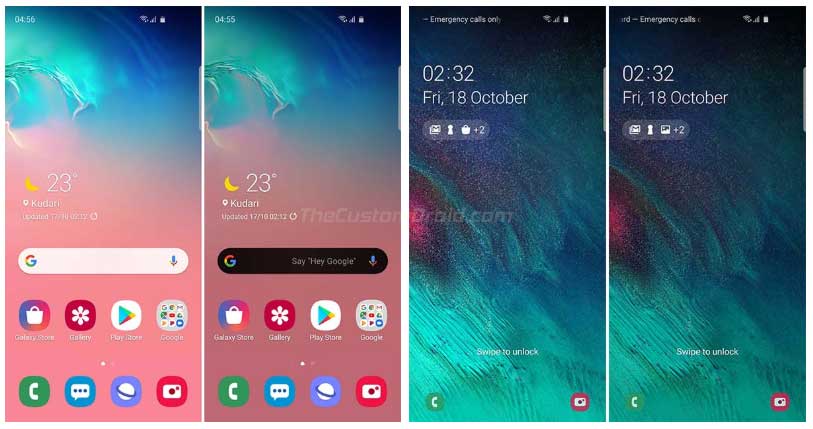 Keeping all the major changes aside, One UI 2.0 coupled with Android 10 brings a lot many features that have been mentioned above. And like we said, Samsung’s major aim in this update is to further improve and bring more stability to the existing features, for overall better user experience. 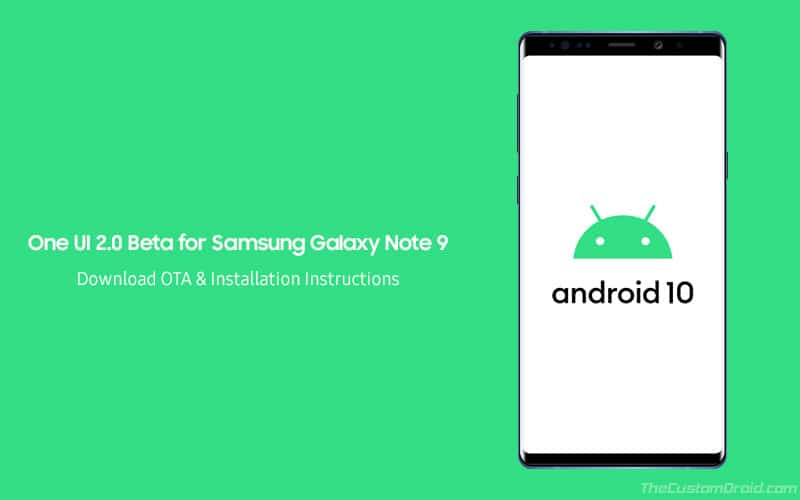 Now, make sure that you fulfill all the requirements stated below before you proceed to install One UI 2.0 beta on Galaxy Note 9.

Update (27 December 2019): Beta 4 of One UI 2.0 is now rolling out to Galaxy Note 9 users. According to SamMobile, this new beta update fixes a bug related to S Pen translation not being available.

Update (18 December 2019): One UI 2.0 Beta 3 for Galaxy Note 9 is available. According to SamMobile, this new beta update is rolling out with a small list of bug fixes.

Update (27 November 2019): One UI 2.0 Beta 2 for Galaxy Note 9 is now live. Samsung has issued this quick hotfix update to fix a major bug/issue that stopped the phone from accepting the PIN, password, or pattern from unlocking. Via: SamMobile

Note: The OTA package(s) are in “.bin” format. Once you have downloaded the package, make sure to rename the file to “update.zip”. This will change the file’s format/extension from “.bin” to “.zip”.

A huge thanks to XDA Senior Member Artuesh for capturing the OTA URL and sharing it with the rest of the community!

How to Install One UI 2.0 Beta on Galaxy Note 9

Once you have made sure that your phone is on the required firmware, you can follow the steps below to sideload the OTA and manually install One UI 2.0 Beta on Samsung Galaxy Note 9. Also, note that the OTA files are incremental and have to be sideloaded in the following order: CSJ1 > Beta 1 > Beta 2 > Beta 3and so on.

The update will start installing instantly and the progress will be shown at the bottom of the phone’s screen. It could take some time, even as long as 10 minutes to finish, so do not disconnect the phone until the process finishes. Once the update has been installed your Note 9 will automatically boot into the updated Android 10 OS, along with One UI 2.0.

Installing the beta is not just about getting the taste of the all-new features before everybody else. You can also provide your feedback by reporting bugs/issues on the Samsung Community forums. This shall help speed up the development and allow Samsung to roll out the stable One UI 2.0 update at the earliest.

That’s it! You have just succeeded to download Android 10-based One UI 2.0 Beta for Galaxy Note 9 and install it manually. If you have any questions regarding the installation procedure or the beta itself, then please ask us by posting a comment below.