Motorola is now rolling out Android 8.0 Oreo to its users in India and Europe via OTA. Through this guide, you can download Moto Z2 Play Android Oreo update (OTA or factory image) and follow the instructions to manually install the update on your phone.

Within the past few months, Motorola has gained its pace and has already released the Oreo update for several supported devices. These include the Moto X4, Moto Z 1st Gen, Moto Z Play, and more. Even the Moto Z2 Force received the update during March. The company eventually started the Moto Z2 Play rollout in late April. The update, however, was only limited to Europe at the time. Recently the OTA has started reaching out to the users in India as well. Since the rollout is incremental, it could take some time before it reaches every region. In such a case, you can simply upgrade your phone manually. The instructions below will help you manually install Moto Z2 Play Android Oreo OTA and Fastboot Image. 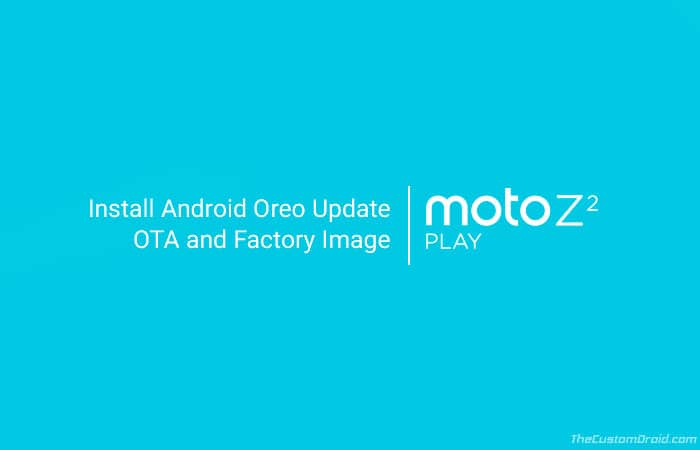 The latest Android 8.0 Oreo update comes with the delightful new features such as Picture-in-Picture mode, notification channels, adaptive icons, Autofill API, and more. Alongside the regular Oreo features, the new software also adds April 2018 security patches. This means that the phone not only gets the latest features but also a more secure and up-to-date environment. The firmware comes with the OPS27.76-12-25 build number. 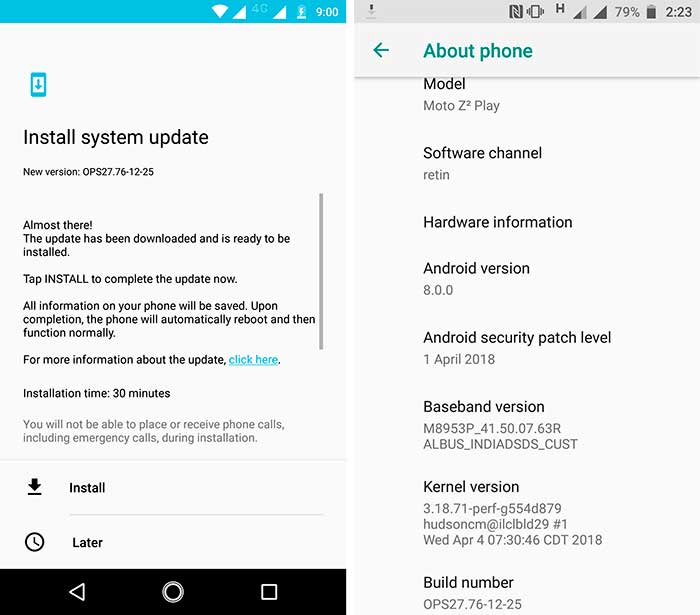 Thanks to XDA members raphamfc for the OTA ZIP, and HTCDevil and Junior Passos for the links to the factory image. The process itself is pretty easy. We have stated two different methods to help you install Moto Z2 Play Android Oreo update. The first method will guide to sideload the OTA ZIP using the stock recovery. If the first method fails for your particular variant or in case the phone is rooted, then follow the second method that involves flashing the factory image using fastboot.

According to the source and reports from various users, the method works for the stated models/variants:

Before you proceed, make sure to check for the OTA notification by going to Settings > About phone > System update.

Ensure that you fulfill all the requirements as stated below before you head to the instructions.

Your phone should boot into the updated OS. The above process is the easiest one to follow. But in case it fails to work for your phone for some reason, then opt for the second method down below.

When the phone boots, it shall be running on the Android 8.0 Oreo firmware with build number OPS27.76-12-25 and April 2018 security patches. The second process could be time-consuming, but at the same time, it ensures that your phone is completely stock. You can easily re-root using Magisk and install TWRP recovery.

So this was our guide on how to download and manually install Moto Z2 Play Android Oreo update. If you have any questions regarding the procedure, then please leave a comment.