Not only the Nexus and Pixel devices, but you can now install Android 8.1 Oreo on Moto G3.  You can do so by flashing Pixel Experience ROM on the Moto G 3rd-Gen (osprey).

The Moto G is indeed a smartphone lineup that has gained popularity in the price segment. The G series devices have always offered the best available hardware for pretty affordable rates. Third Gen Moto G that was released in 2015 has been well-known for various factors. The more sturdy new design and the cheap price are a few to count. Unfortunately, the software support for the device came to an end at Marshmallow 6.0. This is where the developer community kicked in for further support using custom ROMs. Today, you will be able to install Android 8.1 Oreo on Moto G3 using one such ROM.

Manufacturers are now focusing their attention on bringing Android Oreo to their devices. At the same time, Google has also announced Android 8.1 Developer Preview 2 for the supported devices lately. What we see lost around here are the budget devices that a lot of us still summon.

There’s more for the older devices at the XDA forums. Senior member rahul9999 has compiled an AOSP ROM that will help you install Android 8.1 Oreo on Moto G3. The ROM is named “Pixel Experience“, considering the Pixel phone aesthetics that it offers. Which means you will get to enjoy Pixel-like visual interface on your Moto G3 device. The ROM also includes the November Security Patches. 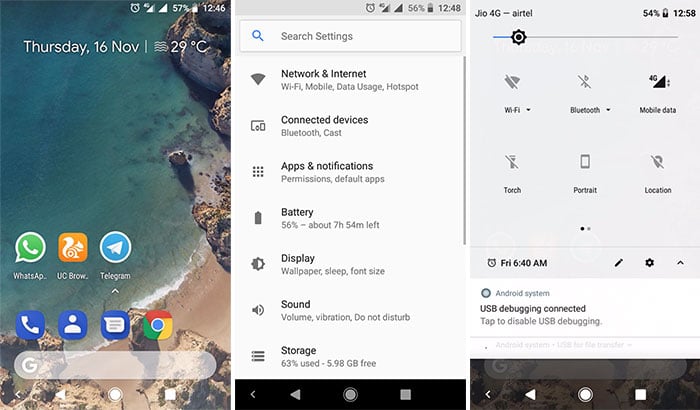 The ROM has every major device feature working, which includes the following:

Now before you go ahead and install Android 8.1 Oreo on Moto G3, take a note of a few issues that you might face.

You’re aware of what the Pixel Experience ROM on Moto G3 offers and what it doesn’t. So head over to install Android 8.1 Oreo on Moto G3 by flashing the ROM.

Once your phone boots, complete the setup and enjoy the latest Android version. If you have any problems installing this ROM, let us know through the comments.