Update: Magisk v19.4 is now available and it comes with massive changes. You can download the latest flashable Magisk v19.4 zip and Magisk Manager v7.3.4 APK from here.

When it comes to rooting an Android device, Magisk is something that you’ll always come across. For years, SuperSU has ruled the Android community as the only efficient root solution. But then it was back in 2016 when Magisk was introduced as a way to modify an Android device systemless-ly. It wasn’t much later that the developer starting adding more functionality such as MagiskHide – an inbuilt utility that lets you hide root from certain apps. Further, in v11.0, topjohnwu announced a dedicated root solution for the users, known as MagiskSU.

Today, Magisk has established itself to be one of the most common root solutions that successfully work across various OEM devices. The developer has announced a new version and in this post, you can download Magisk 16.4 Beta and Magisk Manager 5.7.0. 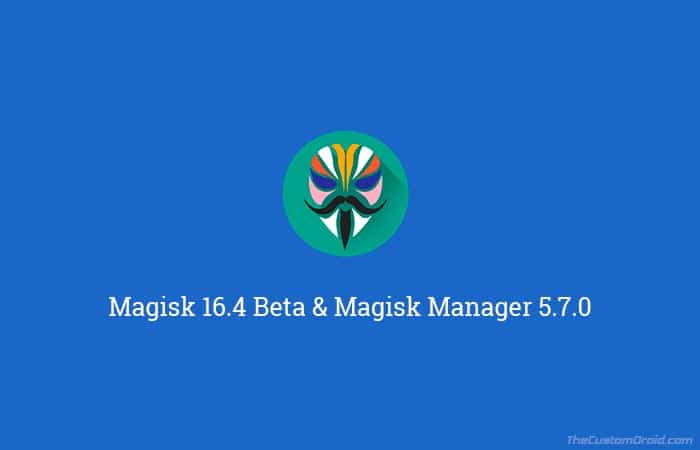 At the unofficial end, the developer has been pretty busy for quite a few weeks. But that didn’t halt the development in any way. Topjohnwu has still managed to make some significant changes in the latest Beta version. We highly appreciate all the hard work that he has put into the development of this unique ‘Universal Systemless Interface’. The latest Magisk Beta update brings some major re-work to the daemon and how Magisk is initialized during and after the boot. At the same time, the latest Magisk Manager comes with a few new changes and fixes. 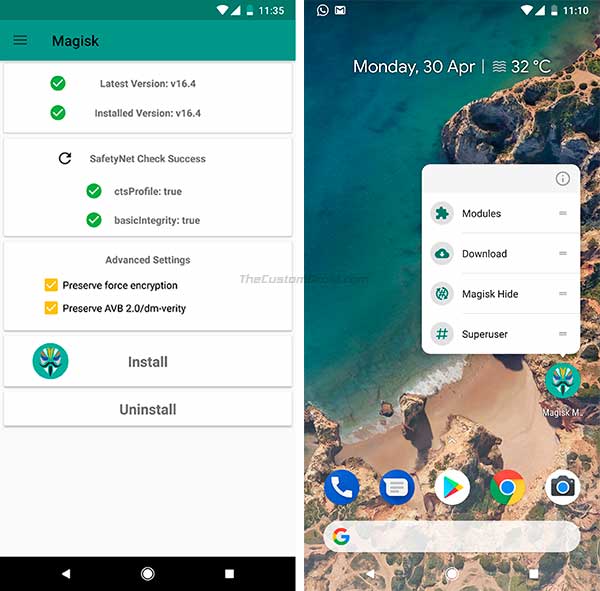 Before you download Magisk 16.4 Beta (Magisk Manager 5.7.0), let us take a complete look at the changelog, as mentioned by topjohnwu himself:

According to the developer, some weirdly implemented root apps might break, such as ‘Tasker’. The issue has already been reported to the developer, so you can expect a fix in the upcoming app update. As for the Magisk Manager, users with Android 7.1 Nougat and above can use the app shortcuts to quickly access different sections of the app. Simply long-press on the app icon and you’ll be allowed to choose from a few app shortcuts.

To add, topjohnwu also states that support for Galaxy S9/S9+ might still take some time because of his busy schedule and the amount of time that this specific version acquired.

Like any other previous release, the latest Beta version is now available as a ZIP file that could be flashed using TWRP recovery.

Installing Magisk on Android devices is fairly easy. There are two different methods that you can opt for. You can either flash Magisk using TWRP recovery or patch the stock boot image of your current firmware and flash it using fastboot. The second method to be a little tricky for novice users. So make sure to familiarize with the complete process before you proceed. Also, do not forget to perform a complete backup of your data. Both the methods have been listed in our detailed tutorial linked below.

If you already have the previous version installed, then you can easily update Magisk 16.4 Beta using the simple steps in the next section.

When your phone reboots, it shall be rooted using the latest Magisk 16.4 Beta version with Magisk Manager 5.7.0 installed. You may go ahead and use MagiskHide to prevent root detection from certain apps including bank apps or Pokemon Go. You can also browse through the official repository and download modules for adding extra features to your Android device.

So you were able to download Magisk 16.4 Beta and install/update it on your phone. If you have any questions about the latest version, leave a comment.