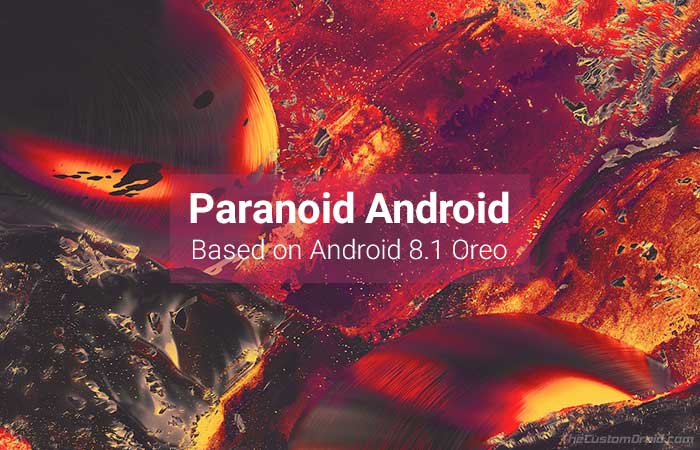 For those of you who have been related to the Android custom ROMs scene for a long time would definitely remember Paranoid Android, also known as ‘AOSPA‘ or simply ‘PA‘. The custom ROM has been long known for its unique features, outstanding performance, and clean yet very effective UI. PA has always been a major attraction for users looking for distinctive new features like Hybrid Mode, Pie Controls, Halo, per-app colors and more.

After a long period of irregular rollouts, the developers are back this time, with a whole set of new features. The new ROM, based on Android 8.1 Oreo is already available for a list of OnePlus devices. Following the instructions below, you will be able to install Paranoid Android Oreo ROM on your OnePlus 5T/5/3T/3 and Xperia X, X Compact, XZ Premium, XZ1, and XZ1.

The official announcement came in from PA’s Google+ community post. According to which, the developers are getting their hands back on the scene, thanks to the donors. Currently, the whole bunch of developers behind PA are working on getting the base features completely bug free. Well, even though some devices including the said OnePlus and Xperia handsets have already received the first set of builds, the developers are still preparing the device trees for a more complete initial release.

Before you actually proceed to the links and instructions to download and install Paranoid Android Oreo ROM on the OnePlus and Xperia devices, let us take a look at more information that has been provided about the current development scenario.

Paranoid Android has got some inclusions in the team, which includes Andrew Fluck. Fluck has taken the responsibility and created a whole new website design that assembles the team info, a collective location to download the stock Paranoid Android wallpapers, download links, and the latest news from PA itself. Visit aospa.co for more.

This new system has been adopted to avoid any confusion and to make it easier for both the users and developers to keep track of them.

Like any other major PA release, the all-new Paranoid Android Oreo ROM comes with a set of stock wallpapers. For this specific release, we have a total of two new wallpapers, following the same abstract design. These wallpapers, according to the official website are named – Submerged and Calidity. 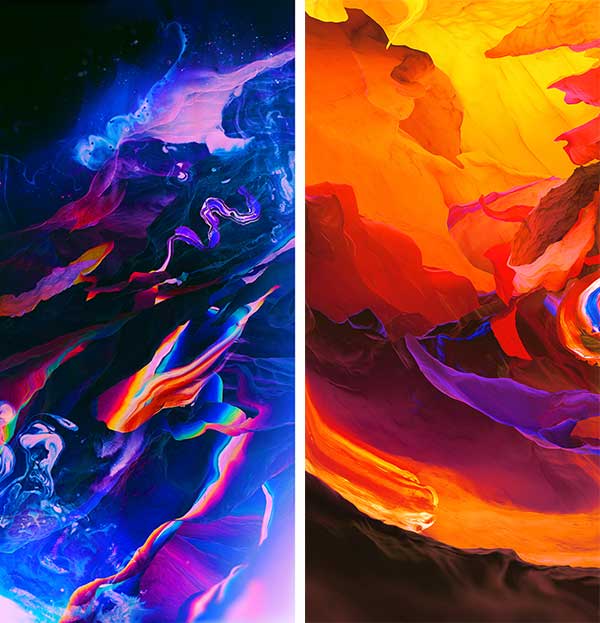 While you’d get these wallpapers by-default on your phone running PA Oreo ROM, you can also grab these all-new wallpapers from the official website.

Since Android Pie is already available officially, the Oreo-based release is probably a little outdated. However, the team isn’t falling back. The current builds rolled out for the OnePlus and Xperia smartphones are already discontinued since the developers are busy working on the initial Pie release. Well, watching the development scene since the past few releases including those of Marshmallow and Nougat, it is hard to say if the Pie-based builds will land anytime soon.

However, we do have our hopes up considering the fact that PA is actually bringing up significant changes including the ones mentioned right above. The constant development over at the official Github repo indicates that we would actually get a Pie-based Paranoid Android build very soon.

To further add up, the manpower behind the development is significantly less and the team is looking for developers/enthusiasts who can contribute to the scene. If you think you can help them maintain the current builds and compile some new one, then don’t hesitate to join them on the Github repo. 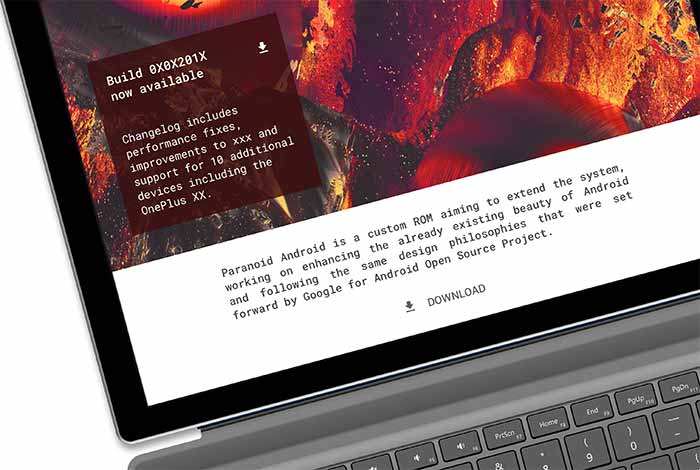 As we told you above, the current builds released for the OnePlus 5T/5/3T/3 and Sony Xperia X, X Compact, XZ Premium, XZ1, and XZ1 are out but discontinued. Again, that’s because the developers are busy working on the Pie release. These builds were made available for those who were looking forward to Paranoid Android for making their re-entry into the scene.

Also, the current builds do not include any fancy new features to get you excited about. According to the post, the builds are meant to offer a clean experience. So, if you want something nice and clean running on your phone, then go ahead and install Paranoid Android Oreo ROM on your OnePlus and Xperia device right now.

Before you head on to the download links and instructions, let us take a look at the final piece of information we have at hand. And that’s a new system navigation concept, which will probably make its way to the Pie release. As you already know, Android Pie comes with a unique gesture-based navigation system. The PA team is working on a similar, yet very effective concept following the fundamentals of the previous Pie Controls. This is to be known as – ‘Blink Navigation‘.

The team has showcased this new navigation system in action via a video created by +Espen Flagtvedt Olsen.

A user can easily swipe and configure either or all of the 4 edges of the display to trigger this navigation system. Below are more details on how it works by default:

Well, that definitely gets us excited of what to come. Paranoid Android’s Blink Navigation seems to be much better than the stock gesture-based navigation that comes with Pie.

As with any other custom ROM, there are a few requirements in order to install Paranoid Android Oreo ROM on your OnePlus and Xperia device.

Below are the download links for all the currently supported devices. We will further be adding a sub-section that will list the upcoming PA ports for other devices as well.

How to Install Paranoid Android Oreo ROM on OnePlus Devices

When the flashing process finishes, press the ‘Reboot System’ button to boot your phone into the OS.

How to Install Paranoid Android Oreo ROM on Xperia Devices

The instructions for installing this ROM on an Xperia device is slightly different. It contains some extra steps to flash the correct vendor image.

The number of custom ROMs available for Android devices is ever-expanding. Out of all these, a few have managed to take the top place among the users such as LineageOS, Resurrection Remix, and Pixel Experience. If Paranoid Android really wants to make its way back up, the developers would really need to push it harder by introducing new features, while still offering the clean and swift experience.

The fact alone that the new builds are now available is sufficient to make me happy and maybe many others too. However, I am really looking forward to further releases, especially the one based on Android 9 Pie.

What are your thoughts? If you have already succeeded to install Paranoid Android Oreo ROM on your supported device, then do let us know how it feels and if you like it any more than the other custom ROMs available out there? Leave the comments below!