The latest stable version of Magisk is now available for download. Here’s how to root Android using Magisk 15.0 update.

Android developers community is no short of amazing custom ROMs, mods, and kernels. But there’s a list of few utilities and apps that stand out above others. Magisk is one such mod available for the community, that provides multiple solutions. Magisk is now backed by enough users to make it a potential replacement for SuperSU. The latter is best known for its simplicity and efficiency to perform one job only – to root Android devices. However, it’s the total opposite when it comes to Magisk. 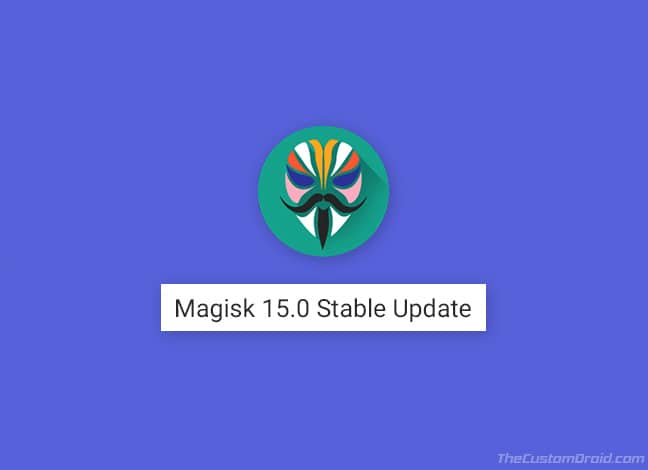 Magisk initially came out as a way to add more features to the operating system, without altering the system partition. Just like the infamous Xposed Framework, Magisk also makes use of modules to achieve the desired features.

With time, it became more functional when MagiskSU was released, which is a complete root solution for Android devices. The mod also introduced a rather nifty feature, that proved to be a bliss for rooted users. It allows you to hide root and root-enabled apps from Android’s SafetyNet API, bank apps, and various other security apps. After enormous updates, Magisk is now widely-used among the users, not just to root the device, but also for several other purposes.

Developer topjohnwu recently announced the Magisk 15.0 update. The new build carries over all the changes from Magisk 14.0 and all the Beta versions released in between. Of which, Magisk 14.6 Beta is the latest.

The purpose of the stable release is to provide support for the Android 8.1 Oreo and compatibility with A/B partition devices like Google Pixel 2 and Xiaomi Mi A1. There have also been major changes to the Magisk modules repo. To know more about the changes, refer to the release notes. 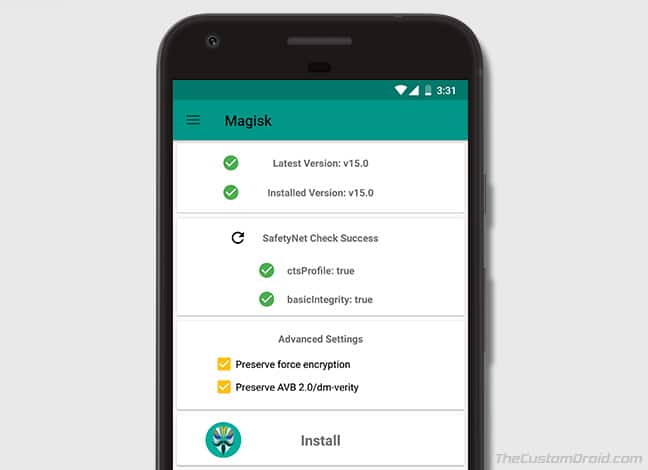 The changelog as mentioned on the official XDA thread is as follows:

Now head down to the instructions to root Android using Magisk 15.0 update.

We have covered two different methods below. The first one involves directly flashing the latest Magisk zip using TWRP recovery. If you want to do it without TWRP, you can hop on to Method 2.

Your device shall now be rooted and you can start using modules to enjoy additional features.

This method doesn’t require you to have TWRP in order to install Magisk 15.0 update.

You can use Magisk Manager app to manage root permissions or hide root from certain apps like Pokemon Go. You can also install various modules to add certain features to your device systemless-ly.

So you have just been able to root your Android phone using Magisk 15.0 update. If you have any questions, leave them in the comments section below.