Want to install a custom ROM on your 2016 Samsung flagship? Instead of trying each ROM and making the final judgment, check out this list of Best Custom ROMs for Galaxy S7 and Galaxy S7 Edge. The list below will give you a fair idea of what each ROM offers and which one will suit the best to your needs.

Samsung devices come rigged with the Samsung Experience interface, formerly known as TouchWiz. The interface is a complete package of aesthetic features, along with proprietary apps, and features like SPen, Bixby, etc.

Indeed, the users out there admire the design of Samsung devices and hardware it embeds. But not everyone seems to be a big fan of the software, take Bixby as an example. Consumers are already keen on disabling the Bixby feature completely. So, if you’re one such user who regrets the software side of the device, then you might have already considered installing a custom ROM. 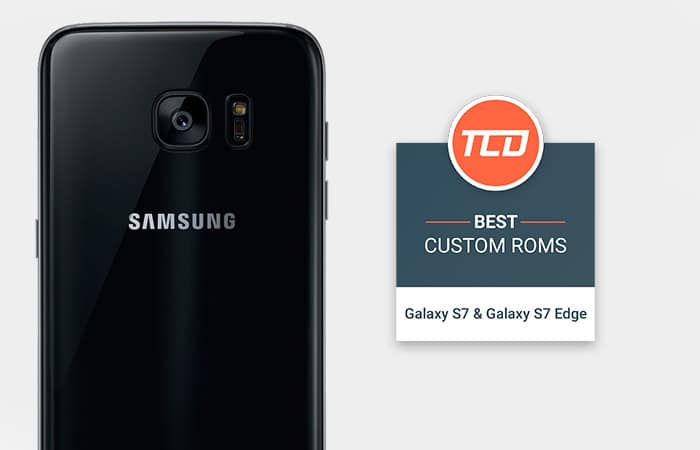 In the first place, there might be several reasons for you to install custom ROM on your device. The current features and visual outlook, might not actually look good to you. Or, you might just be hungry for some extra features. Everyone who chooses to install a custom ROM has a variety of reasons to do so.

But now that you have decided to use a custom ROM, have you given a thought to which one you would install? You could go ahead and try each and every ROM available for the device, but that would be a lot of time and trouble. So, we have tried and ease it out for you by compiling a list of best custom ROMs for Galaxy S7 and Galaxy S7 Edge. We assure that these are not just arbitrarily chosen. We have gathered these custom ROMs on the basis of three major aspects –  Battery & Performance, Features, and User Feedback.

— For instructions, follow our guide on how to flash custom ROMs. 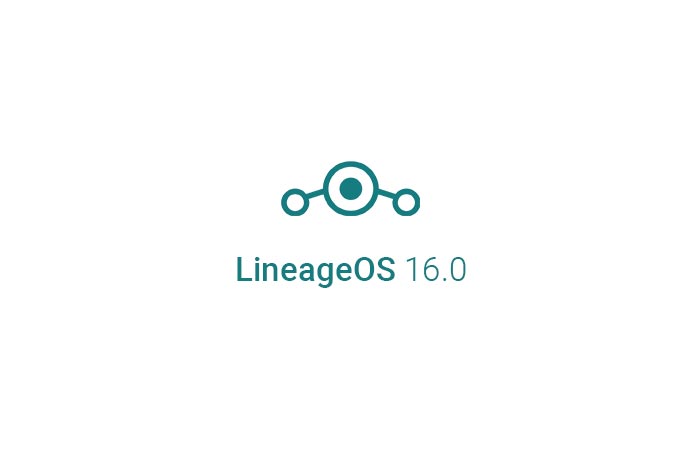 With Android Pie knocking the doors, the team behind LineageOS has already started working while consecutively uploading all the sources and related changes to Github. Developer Ivan_meler has already begun compiling working builds of LineageOS 16.0 for Galaxy S7 and S7 Edge.

Since the development is only on initial stages of Pie, don’t expect all the LineageOS-specific features to be present and working. As the official team merges new features, fixes, and changes to the official Github, you will see the same with these builds for the S7/S7 Edge.

According to the developer, all the basic features work except for Camera and Camcorder that partially works. For instance, the in-built camera UI in the Messenger app may not work. For now, you will need to externally capture photos/videos via the stock camera app and then share them over Messenger. Also, ‘HWcomposer’ doesn’t work at all in the current build.

For more information about the ROM and latest available builds, you can refer the original XDA threads (1 & 2). The kernel source is available on Github here and here. 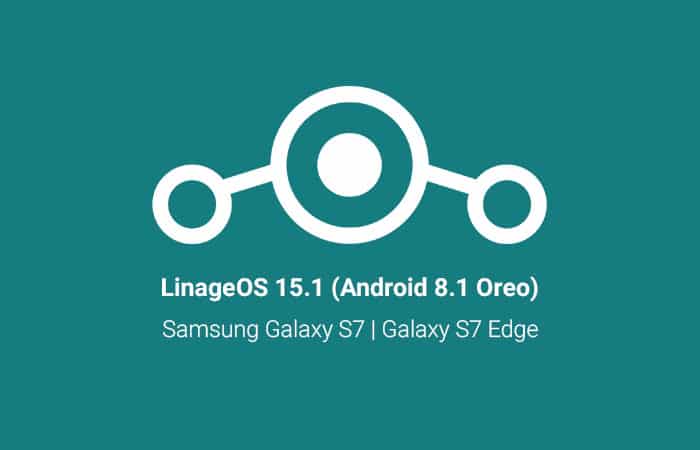 The successor to legendary CyanogenMod, LineageOS 15.1 is one of the most popular custom ROM is the Android customization sub-universe. While the official ROM is still in progress, XDA member Ivan_meler has taken the advantage of the available sources and compiled a near-stable build for the S7 and S7 Edge users.

LineageOS 15.1 is one of the best custom ROMs for Galaxy S7 and Galaxy S7 Edge considering it’s huge user-base. The official ROM is still a work-in-progress and there’s no available timeline for when the official builds will be available. Despite that, the current unofficial ROM is still an advantage by offering a series of unique features and customizations options that Samsung wouldn’t normally allow in the stock Samsung firmware.

According to the developer, there are two issues that you may expect – (1) Device-only GPS and (2) HW acceleration in video playback. Apart from that everything else works perfectly and would suit an average user.

For more information about the ROM, you can refer the original XDA thread. The source for the ROM is available on Github as well. 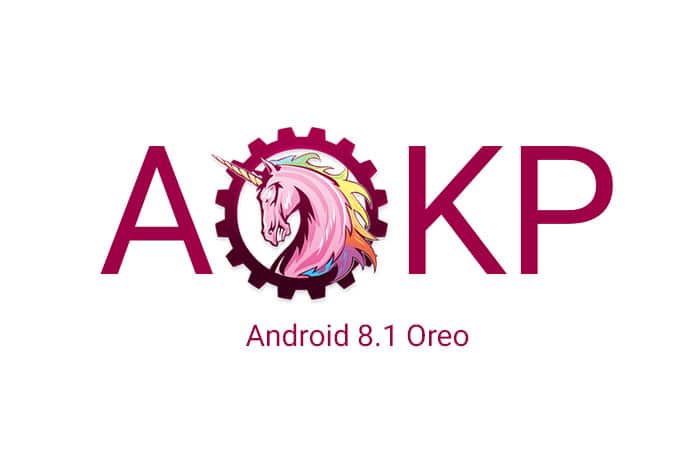 Android Open Kang Project or AOKP for short, is a reputed custom ROM ever since it was first launched. During the past years, AOKP has dodged the development scene, skipping support for a few Android versions. However, the likeness of the ROM wasn’t affected during this time.

Based on the LineageOS 16.0 tree and AOSP, the ROM offers a unique set of features that users may not find in the stock firmware. Despite all the shining advantages, the ROM still manages to be lightweight and free of any useless apps that wouldn’t normally use day-to-day. Currently, the official team is still working on basing the custom ROM on Android Pie. With the majority of source code already available on Github, XDA member turbolukex5 has managed to compile a bootable build for the Galaxy S7 and Galaxy S7 Edge.

Since AOKP is built upon LineageOS sources, it also carries over the same bugs. Which means Device-only GPS and video playback HW acceleration is still not working. Other than that, everything else seems to be flawless. For users looking out for a lightweight ROM that offers useful customization abilities, AOKP could really be considered as one of the best custom ROMs for Galaxy S7 and Galaxy S7 Edge.

Further discussion about the ROM could be carried over at the official XDA thread. 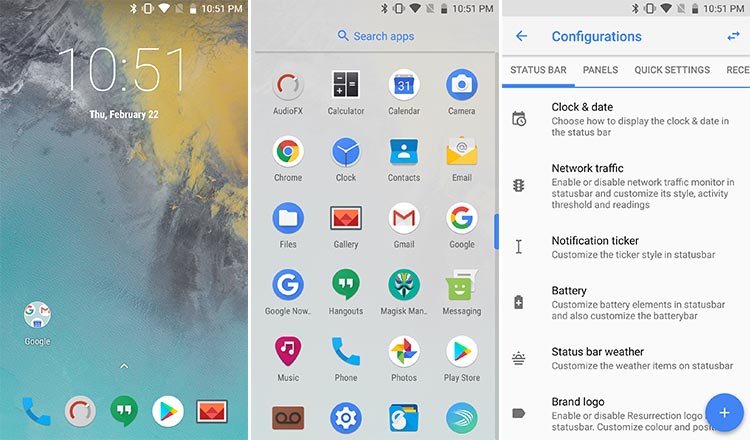 Resurrection Remix is a rising custom ROM with a tremendous amount of features and customization options. RR has gained a significant boost in its user-base because it is one of the few custom ROMs based on Android 8.1 Oreo.

The official development team has already started rolling out official Resurrection Remix 6.2.1 ROM for a short list of devices. The list is all set to expand soon. Support for the S7 and S7 Edge is yet to be presented, but that wasn’t a problem for the developer. He sorted out the source and compiled a fresh set of RR 6.0 builds for the devices. The ROM is still in development and several features are yet to be polished.

Resurrection Remix 6.2.1 runs a near-AOSP UI with Trebuchet as the pre-installed launcher. The launcher itself has seen a major shift in terms of the design and features, practically similar to the original Pixel 2 launcher. Diving into the settings, the “Configurations” tab is where all the magical stuff resides. Customizations ranging from status bar icons, notification and QS panels, Recents screen, to lock screen, navigation buttons, animations, and gestures are present. Resurrection Remix 6.2.1 is surely one of the best custom ROMs for Galaxy S7 and S7 Edge and is best suited for users looking for intense customizations.

For more information on the ROM and discussions, visit the original XDA thread. You may also visit the official RR website for more details. 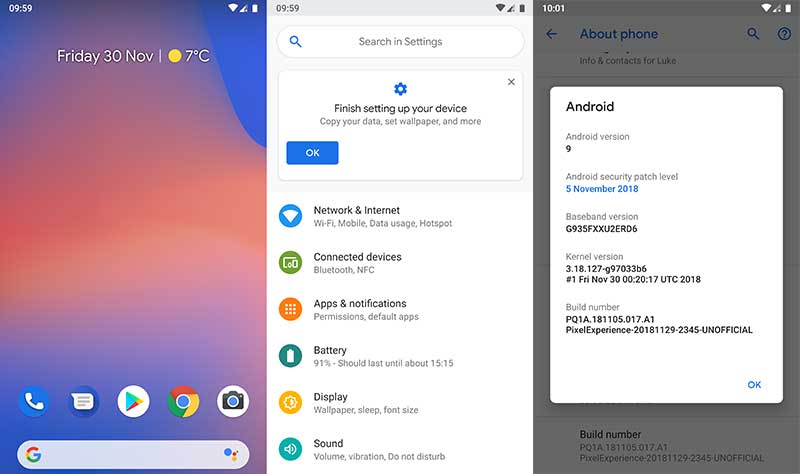 The next in our list of best custom ROMs for Galaxy S7 and Galaxy S7 Edge is Pixel Experience. At the moment the custom ROM supports more than 66 different devices from various OEMs, officially.

XDA member turbolukex5 has successfully ported Pixel Experience to the S7 and S7 Edge, which is also based on Android 9 Pie. The ROM packs Google Apps and all the Pixel-specific goodies. These include the Pixel 3 Launcher, wallpapers, icons, fonts, boot animation and more. Pixel Experience is free of any additional features or customization options. Overall, the ROM is really lean and only sports the necessary features.

If you ever wished to get the Pixel-like look on your Mi A1, then ‘Pixel Experience’ can certainly be your go-to ROM. According to the users who have already installed the ROM, the battery life is fantastic and the Pixel-specific apps and features just make it better. 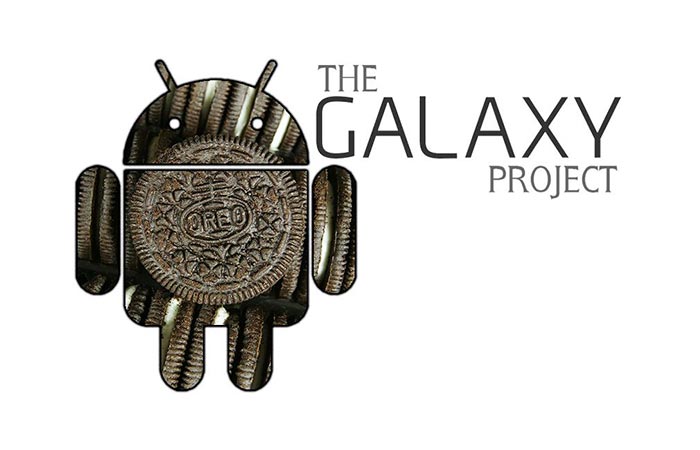 The Galaxy Project is one of the best custom ROMs for Galaxy S7 and Galaxy S7 Edge based on stock Samsung Experience firmware. The developer has done a fantastic job for users who really like the stock Samsung ROM. It basically comprises the majority of stock features minus the excessive bloatware.

The ROM comes with optional root methods (SuperSU & Magisk), which could be selected during the flashing process itself. The Galaxy Project comes with AROMA installer that enables you to choose and install different apps and features during the ROM installation. That latest build is based on Android 8.0 Oreo-based stock Samsung Experience firmware (ERJE) with the November 2018 security patches. Which means that fixes for widely affecting vulnerabilities.

The developer has also offered a selection of CSCs for both SM-G930 and SM-G935.

Follow up on the S7 XDA thread and S7 Edge XDA thread for more information and help on ROM installation.

LightROM is one of the best custom ROMs for Galaxy S7 and S7 Edge users who adore the stock Samsung interface and experience. It is light and a trimmed down custom ROM and thus signifies the name.

The ROM focuses greatly on performance, stability, and battery life. It uses AROMA installer to help you choose between various modifications including de-odex, zipalign, Magisk root, custom kernel and much more. The current release is based on Samsung Experience 10 (build ERJE) based on Android 8.0 Oreo. For those are looking forward to the stock UI experience, along with a list of customization options to choose from should definitely try LightROM.

LightROM is best for users who’d like to stay as close to stock Samsung Experience as possible, with the privilege to add custom ROM-like features using the dedicated addon. We have provided the download link for the same. All you need to do is, flash the addon zip after the ROM and choose what you want from the available list of mods.

So there you have it, the list of best custom ROMs for Galaxy S7 and S7 Edge. We have tried and gather the best possible list for our readers. If you feel that we have missed a ROM, let us know by commenting below. We will make sure to put it up on the list.