Android 8.1 is now available for the OnePlus One through the AOSP ROM. Follow this guide on how to install Android 8.1 Oreo on OnePlus One and enjoy all the exclusive features.

OnePlus is currently among the top Android manufacturers in the world. Indeed, their devices are equipped with powerful hardware and the latest software. But in its initial phase, OnePlus has made a considerable amount of mistakes that led to the company’s drop in sales and trust among the users. However, later on with the release of OnePlus 3, the manufacturer made the necessary efforts to fill in the gaps.

But that still left older devices like the OnePlus One and 2 out of the scene. The developer community at the XDA forums has taken the matter into their hands. So now you can install Android 8.1 Oreo on OnePlus One. 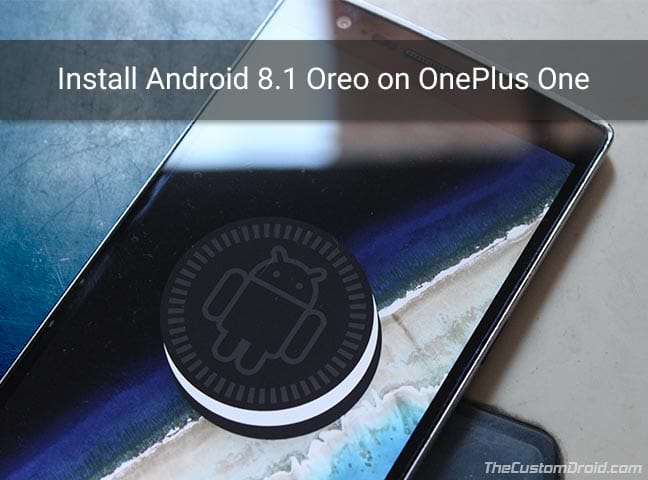 The OnePlus One was one of the best productions of the company. Having the device in the hands, it still feels no less than a flagship. But the fate of the device was unfortunate when the company abandoned the software support. Officially, the device came with KitKat out-of-the-box and could be upgraded to Marshmallow using CyanogenOS. But if you’re keen on extending the software experience, then you can now get Android 8.1 Oreo on OnePlus One.

XDA senior member – Agent_fabulous has recently released Android 8.1-based ROM for the device. The current builds are based on the AOSP 8.1.0_r1 sources.

Over the period of three months, the developer has potentially reworked the majority of the OnePlus One’s source code, just to make things as stable as possible. The first Android 8.1 build was made publically available on December 21. And a further update was released just today, to make things more streamlined for daily usage.

The ROM already has support for aptX Bluetooth codec and is also compatible with ViPER4Android. According to the source, almost all basic functions of the device work correctly. Which means you can easily opt to use it as a daily driver on your OPO.

Instructions to Install Android 8.1 Oreo on OnePlus One

When your phone boots back into the OS, you shall be running the latest Android version on your device. So go ahead and try out the new features and better Android experience on your device.

Check out some tips on Android 8.1:

There you go, you have just been able to install Android 8.1 Oreo on OnePlus One. If you have any questions regarding the ROM or the installation process, use the comments section below to reach us.