Update: Android 9 Pie for Mi A1 is now available. Download links and instructions could be found here.

The stable release of Oreo is now being pushed to the Mi A1. In this article, we will show you how to download and install Xiaomi Mi A1 Android Oreo OTA update manually.

Mi A1 is really a device that every Google admirer should look forward to. The blend of Xiaomi’s impeccable hardware and Google’s pure Android experience make it one of the best Android smartphones in the price spectrum. If you own the device, there’s some good news for you this New Year. Xiaomi has kept up with its statement and has finally delivered Android Oreo update, which is now rolling out to the users. 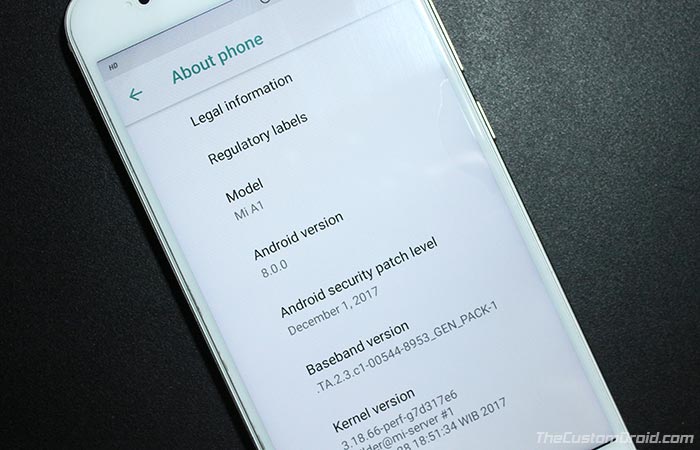 The true benefit of an Android One-powered device is always updated software. Since the launch, the A1 has received constant monthly updates. It was later that Xiaomi announced Android Oreo Beta program for the device in early December. And about two weeks ago, the first beta build was rolled out to the selected members.

The beta program focused on retrieving feedback from the user. The input from the testers would help the developers to make the overall software experience more streamlined.

After constant testing and fixing bugs, Xiaomi is now finally rolling out Stable Android Oreo to the users. The new update is incremental and would require some time before it reaches every device worldwide. But if you don’t want to wait, then you can use the instructions below to manually install Xiaomi Mi A1 Android Oreo OTA update. 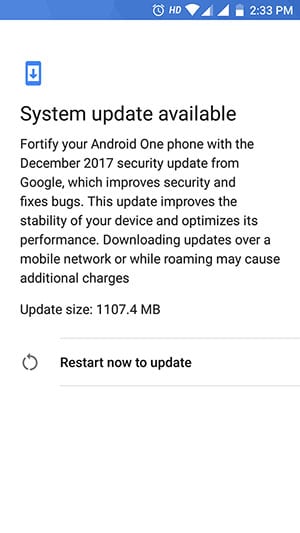 Make sure to fulfill all the listed requirements before you follow the procedure to install Xiaomi Mi A1 Android Oreo OTA update.

Those who can’t update using this method, kindly refer to the unofficial method(s) – How to Install Xiaomi Mi A1 January Update 8.1.10 (Android 8.0 Oreo)

Your device shall instantly boot to the updated firmware. Android 8.0 Oreo comes with some exciting features like Picture-in-Picture mode and Notifications Dots, so go ahead and try them on your Xiaomi device now. 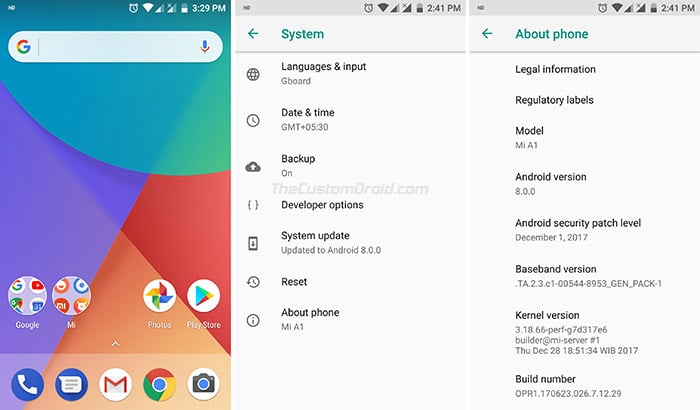 So this was our tutorial on how to install Xiaomi Mi A1 Android Oreo OTA by sideloading it through the stock recovery. If you have any questions regarding the procedure, comment below.