The popular ‘Always-On display’ feature was recently removed from the all-new OnePlus 6. In this tutorial, we will guide you on how to enable Always-On Display on OnePlus 6 and OnePlus 5/5T.

OnePlus’ latest flagship for the year 2018 was recently unveiled at the event held in London, UK. With the all-new OnePlus 6, the company has adapted to some of the major trends such as the notched bezel-less display. Not just that, the OEM has worked out, improving a lot of things both with the hardware and software. While everything about this new flagship killer is impeccable, the company chose to disable a very specific feature, that almost every device owner would have loved.

We are talking about the Always-On Display feature. In brief, the feature allows you to keep a check on things like time, date, and call/message/app notifications while the phone rests on a flat surface in Standby mode. We have already seen it in action on several OEM devices including the Google Pixel 2, and Galaxy smartphones. 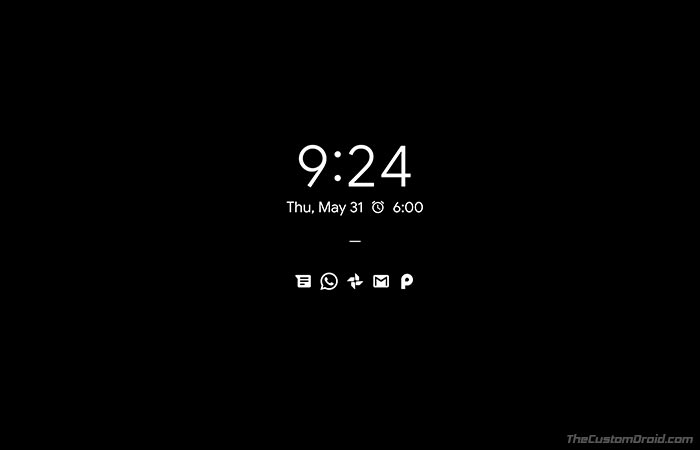 Not many days after the launch, several Redditors reported that the OnePlus 6 Always-On Display feature was present in the device settings. However, the toggle was greyed out. Thus disabling the users to switch ON the feature. It was initially speculated that a software update would finally let the users enable Always-On Display on OnePlus 6. However, it did otherwise.

The first OxygenOS update for the device completely removed the feature. Later, it was confirmed by a OnePlus representative that the feature was removed deliberately, citing the affected battery consumption as the reason (Info source: 9to5Google). Users, on the other hand, have had mixed feeling about this decision. While some of them don’t even care about it, others who have experienced Always-On Display are much in favor.

To assist the ones in favor, we have finally found a solution that will let you enable Always-On Display on OnePlus 6 and OnePlus 5/5T.

XDA senior member saccentekennedy came up with a Magisk module that would allow users to enable the Always-On Display feature on their OnePlus devices. The solution is confirmed to be working on the OnePlus 6 and OnePlus 5/5T running the latest OxygenOS software. Note that this will only work on rooted devices using Magisk.

It’s quite likely that someone may come up with a Substratum-based solution that will allow un-rooted users to experience the feature as well.

How to Enable Always-On Display on OnePlus 6, OnePlus 5/5T?

When the OnePlus device boots back into the OS, go to Settings > Display > Ambient Display and turn on the ‘Lift up display’ toggle. After that, tap on ‘When to show’ and select ‘Always on’.

Personally, I have gotten the hang of the feature on my Pixel 2 XL and I really find it very useful. It significantly reduces the effort of picking up and unlocking the phone every time, just to view the time.  The feature works well with AMOLED displays and uses the minimal amount of pixels to light up the screen. This shall have a very minute impact on the battery life.

According to the recent report from GSMArena, OnePlus may eventually add this feature to the Android P Developer Preview. This could be because the company wants to make sure that the users get the feature only when it’s fully ready. There is still no news if/when Always-On Display will be available for the OnePlus 5/5T officially.

Rest assured, the provided Magisk module will be enough, for now, to help anyone enable Always-On Display on OnePlus 6 and OnePlus 5/5T. If you have any questions, please let us know by using the comments section below.